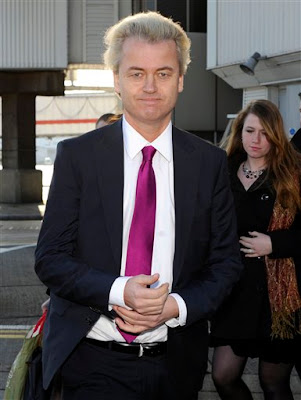 GW: I’m back, and with my film Fitna as well!
The triumphant conservative Dutch politician, Geert Wilders, is back in town to view his film Fitna in the House of Lords. So the nonsense last year by the British government’s Home Office, in banning Wilders from the UK, looks to have bit the Brits in the arse. Good move by Geert Wilders and Lord Pearson. KGS 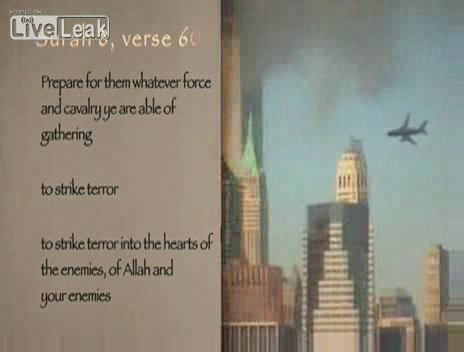 LONDON (al-AP) – Anti-Islamic Dutch politician Geert Wilders returned to Britain on Friday, stirring demonstrations with a plan to show a film criticizing the Quran in the House of Lords.
Wilders, who just won a local election in the Netherlands, flew in to London to screen “Fitna,” a 15-minute short he made that associates the Muslim holy book with Islamist terror.
Rival rallies are planned around the arrival of the 46-year-old, whose Freedom Party is on the rise in the Netherlands.
The English Defense League, a self-described “counter-jihad” movement with links to Britain’s far-right, said it plans a march in support of Wilders. Unite Against Fascism, an anti-fascist activist group, has promised a counter-demonstration.
The bleach-blond politician made headlines in February of last year when Britain’s Home Office banned him from entering the country on public safety grounds. Wilders ignored the ban, flying into Heathrow only to have authorities send him back almost immediately.
A court challenge was more successful. Wilders overturned the ban and flew back to the British capital in October, but had to scrap a planned media appearance in front of London’s Parliament building when the conference was crashed by a small group of Islamists who showed up wearing camouflage and chanting: “Allahu Akbar!”
Lord Pearson, the lawmaker who has invited Wilders to screen his movie, said he was putting on the event in a bid to help the controversial Dutchman “exercise his freedom of speech in the Mother of Parliaments.”