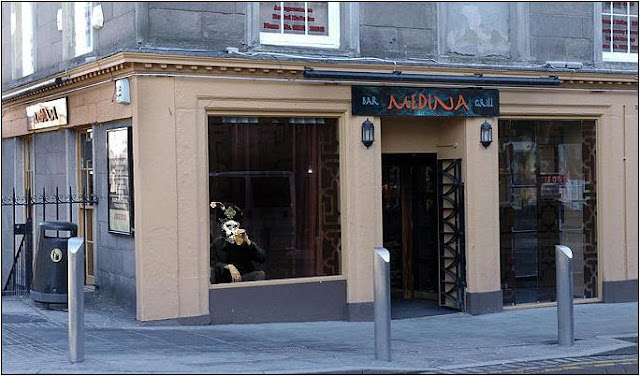 Mo lifts a pint in Medina

A MUSLIM leader has blasted a pub for using the name of holy city Medina – branding it an insult to his religion.
The boozer in Dundee changed its name from Bar Rio to Medina Bar and Grill after a renovation.
But this has sparked outrage – as Saudi Arabian city Medina is the second-holiest site in Islam behind Mecca.
Medina is also a term used for a market or trading centre in north African cities.
But Mohammed Bashir Chohan, chairman of the Dundee Islamic Society, last night said: “People are upset about it because Medina is a holy city. It does hurt when somebody misuses the name, especially if they are going to sell liquor.”
The issue has been raised with local MP Jim McGovern. His spokesman said he was working with councillors including Labour’s Mohammed Asif to “try to bring the parties together to reach a solution”.
Yesterday a spokesman for Medina said there was no offence intended – but added they were unlikely to change the bar’s new name. He said: “The bar has a Moroccan theme and, as far as we were told, medina is the hustle-bustle of an old quarter of a north African city. There was no intended link to the second-holiest city of Islam.”