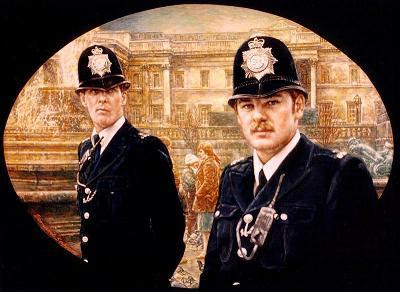 No hijhab left behind
Comment to the article: “Here we go again.The only time you can get a response from our comical police force is when ‘racism’ is alleged – but only, of course, if the complaint comes from the ‘ethnic minority’. Schools should never have been allowed to pander to those pupils (NOT ‘students’) whose parents decreed that they wear peculiar headgear in class, or on our streets.How often have you heard of some representative of an ineffective police force bleating that ‘we are committed to tackling racism’? Yawn, yawn,
What these pc Pc’s SHOULD be committed to is tackling crime, but thanks to certifiable idiots such as the awful Harperson female, they are now as emasculated and useless as the staff in many NHS hospitals. Personally, for the record, I am deeply, deeply committed to Equality and Diversity, and worship at the shrines of these twin deities on a daily basis. I sincerely hope that all of you reading this do the same, for remember – they’re watching you.,”

School bus drivers have been accused of racism after failing to stop for pupils wearing Muslim hijabs.
Young girls have claimed they are being bullied on board for dressing in the traditional veil which covers the head.
To avoid trouble, ‘cowardly’ drivers are allegedly ignoring pupils who wait at bus stops wearing the headscarf.
Following a police investigation, officers will now be drafted on to board the buses to protect the students from ‘racist’ taunts of other passengers.
The problems centre on Merseytravel and pupils attending West Derby’s Holly Lodge Girls’ College in Merseyside, where 10 per cent of the 11,274 11 to 18-year-old students are from ethnic minorities.
Members of the Muslim community said the issue was a long-running one.
Amina Ismail, who works at Liverpool John Moores University, was approached by the victims.
She said: ‘They said people driving past were being abusive because they were wearing the hijab.’
Ms Ismail said bus drivers refusing to stop were ‘cowardly’ and that ‘they should not push their own personal prejudices on young people’.
Read more here. 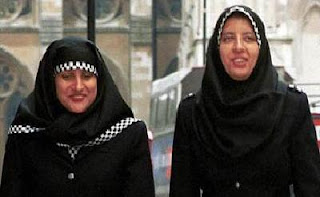 Wow, use these twits instead