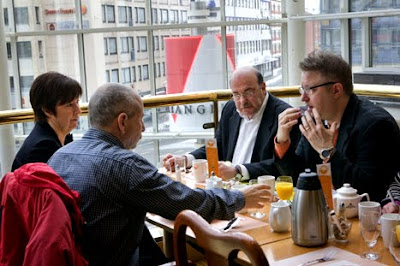 SDP’s Monica Sahlin going through the motions
There’s a new blog in the neighborhood, and from the looks of it, http://swedenisrael.blogspot.com/, promises to be one of those jewels that everyone, whose interested in antisemitism is Scandinavia, should bookmark.
The blogger, Israelsweden, >reveals an interesting situation in which the head of the Swedish Social Democrat Party (socialists), Monica Sahlin, met with local leaders of Malmö’s Jewish community, to address the antisemitic remarks of the city’s mayor.