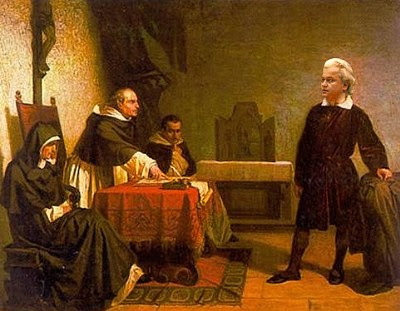 Once again the church prosecutes its supposed heretics
Comment: “If 75% of the church leaders oppose the PVV, and if a significant number of Christians vote for the PVV, then this would be a good indication of how much the church leadership is disconnected with their own constituency.”

A Christian cannot vote for Geert Wilders’ anti-immigration party PVV, say 75% of church leaders in a poll of 1,200 ministers and church workers in the Nederlands Dagblad.

The ministers represent a cross-section of all the Netherlands’ Protestant churches, representing 2.3 million people, the paper says.

One third of the people polled said there were people who supported Wilders in their communities and 5% said Wilders had a lot of support.

‘Wilders and the PVV’s views contradict Christianity,’ one minister told the paper.