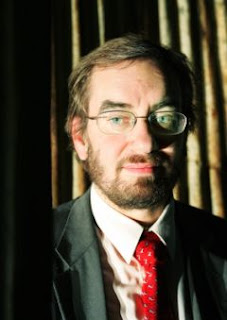 Arab language professor Jaakko Hämeen-Anttila
Finland’s foremost apologist for Islam
Helsinki University professor,Jaakko Hameen-Anttila, happens to be the classic example of the quintessential academic that Bill Warner, (Director, Center for the Study of Political Islam) speaks about in his article ”Aghast Scholarship“, where he responds to, Claude Salhami, a Lebanese-American journalist and international editor at United Press International (UPI).
Bill Warner happens to be an expert voice on Islam that does not pull any punches, choosing rather to speak frankly about the ideology of Islam, in ways that greatly departs from the traditional  “Islam is peace” narrative. It would be a wonderful sight to see both men, Warner and Hämeen-Anttila debate each other, but the latter would never be willing to do so, he would never recover from the loss.
Häameen-Anttila enjoys a position of authority in Finland on Islam, he’s free to promote whatever he wishes to promote regardless of how faulty the premise, and factually challenged the claim. There is no one here, besides the Finnish blogosphere, the Tundra Tabloids’ and Dr.Kuel Jok, from the Sudan, who will challenge his assertions, the man enjoys a status that many an academic could only dream about.

Read the entire article by Warner, here is just a sampling of what he had to say about the university “experts”, it’s not very flattering to say the least. KGS

[…] Mr. Salhami is aghast at the self-taught scholars in Islam. There is a good reason for their appearance. The university- trained ‘experts’ are apologists for Islam. They are trained in denial and justification and produce the type of scholarship that allows the army to investigate Major Hasan’s jihad at Fort Hood and never refer to Islam.
The ‘experts’ give us the history of Islamic conquest and imperialism and praise it as the glorious rise of Islam. The ‘experts’ teach courses in women’s studies and ignore Sharia law and Mohammed’s treatment of women. They lecture on slavery and never mention the Muslim wholesaler who sold the slaves to the white man on the wooden ship or the Islamic slave trade in North Africa, East Africa, Europe and India. The denial goes on and on as the ‘experts’ drive our university policy. Is there a course in any American university system that is critical of Islamic political ideology? Indeed, the ‘experts’ argue that such a course would be bigotry.
It is the media ‘experts’ that give us jihad at Mumbai, India and never mention Islam. It is the ‘experts’ that give us the Official Islam that Bush and Obama talk about. Nice stuff-Official Islam. Too bad it does not exist.
So, it is no wonder that when we have such dhimmified professors, university trained ‘experts’ and media that professionals from other fields start reading the Koran, Sira and Hadith to see for themselves what the ideology actually is that drives the contradictions between current events and what we are told.
When you understand that the entire doctrine of Islam is found in Koran, Sira and Hadith, you realize that Islam is simpler than the ‘experts’ told us. All three texts have been made readable today and any disciplined person can become well informed. The ‘experts’ have failed us, and we must teach ourselves.