British police quash freedom of assembly for both the Scottish Defence Leage and English Defence League. When opposing militant Islam is no longer an option, the British state is by default, confidently placing its full trust, and the peoples, in Islamic organizations to police their own.
This all flies in the face of the facts, which show time and again, that Islamic organizations are being systematically taken over by the militants. In 2007 it was reported by the Times Online, that: “Almost half of Britain’s mosques are under the control of a hardline Islamic sect whose leading preacher loathes Western values and has called on Muslims to “shed blood” for Allah.”
So the British political elite stamps out the right to free assembly, while championing the very organizations that seek to subvert British society. There can’t be anything lower than the current British government. Hopefully the British people give Gordon Brown a major wallop in the upcoming elections. 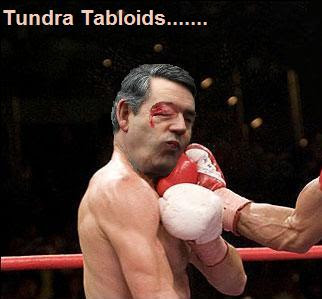 Today, members of the English Defence League were arrested and denied their civil liberties when attempting to join the Scottish Defence League for a peaceful protest in Edinburgh. The EDL Leadership Team were detained without cause and arrested for “incitement to cause a breach of the peace”. Supporters who arrived at Waverley train station were forced back onto trains heading away from Edinburgh by the Police. Those travelling by road were stopped; some had their vehicles damaged by aggressive Police officers. In the City itself, the Police threatened anyone who attempted to protest with immediate arrest. Meanwhile, far-left so-called ‘anti-fascism’ protesters were allowed to wander the streets without any Police opposition.
These same protesters made numerous attempts to attack EDL and SDL supporters, while nearby Police officers turned a blind eye. It is clear that today’s Police actions were politically motivated and that the Police Force as a whole can no longer be considered to be politically neutral. They have chosen their side. No further confirmation is needed other than the statement of the Scottish ‘Justice’ Minister, Kenny MacAskill (SNP), when he said that the “fact that the SDL didn’t make it out of Waverley Station is testament to good policing”.
When the Scottish Defence League attempt to reassert their civil right of freedom of association, we, the English Defence League, shall once again support them. Todays actions by the police are nothing short of a travesty for democracy, how can the police take action that flies in the face of the European convention of human rights? How are they allowed to act with impunity to subdue the right to freedom of speech and protest as outlined in the universal declaration of human rights. We have duly noted the following contraventions of this declaration that are as follows….
Read the rest here.