America begins it awakening!
That’s the way to go Pamela and Robert. If they won’t go to you, take it to them. The only way Republican political leaders are going to learn about the jihad, is to have these kind of conferences available to enlighten them, there’s no other way. The more people are given an education on what kind of ideology they are up against, the stiffer their resistance will be against Islamization. Kudos to the team that put this even together. 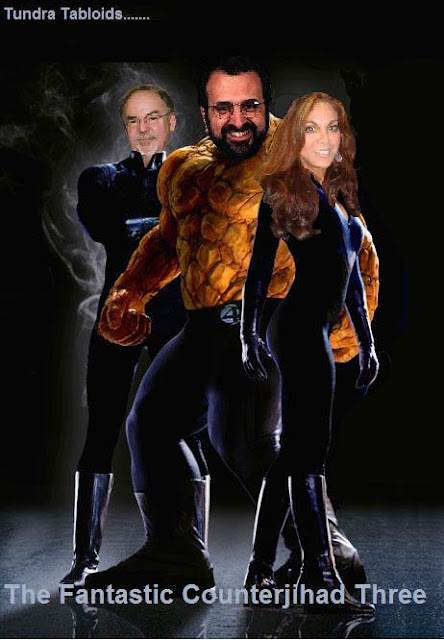 While the agenda for day 2 of the CPAC conference featured a long list of additional conservative speakers and panel discussions, I will be focusing here on what I believe to be the single most important event of this three-day conference. Jihad: The Political Third Rail, was a panel discussion presented by Freedom Defense Initiative, a new activist organization started by Pamela Geller of atlasshrugs.com, and the Freedom Center’s own Robert Spencer, who runs jihadwatch.org .
This panel featured several American and international resistance fighters working to stop the spread of Islamic supremacism and most importantly, America’s infiltration by Muslim sympathizers. The central focus of the event was the Islamic jihad against the West and how Islamic organizations are working to silence free speech both in Europe and America. Security was very tight for this event, and it drew a standing-room only crowd, as you can see in the photo below.

Pamela Geller started the discussion while video was shown of Muslim radicals rioting in multiple cities across Europe and North America over the past couple of years. She pointed out that this is not being reported in the major media, and that fully TWO THIRDS of the jihad attacks since 9-11 happened in 2009. As Pamela stated, there is a cover-up in progress and ”Truth has become the new hate speech.”

First to speak was Wafa Sultan, author of A God Who Hates, and one of three witnesses approved to testify for Geert Wilders in his hate speech trial. Ms. Sultan is a former Muslim and outspoken critic of Islam. She stated that she has had countless fatwas issued against her. After listing several recent jihadist attacks, including the Fort Hood massacre and the media’s unwillingness to connect the dots, she asked: ”Jihad – is this a word we dare not speak?” Sultan pointed out that Islam is not merely a religion – it is a dangerous totalitarian political ideology.
After pointing out that President Obama has appointed a special envoy to the OIC, Sultan explained that this envoy is closely associated with the Muslim Brotherhood. She asked: “Is this man’s loyalty to Islam or to the U.S.?” She explained as well that this envoy has been working for some time now to stifle speech critical of Islam.

A PACKED HOUSE WITH STANDING ROOM ONLY!