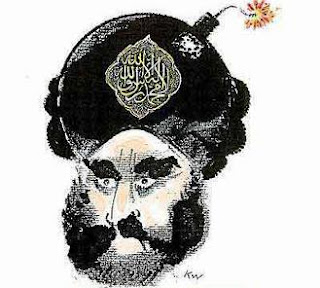 Why is there not a single ISLAMIC country in the HDI list in the list of top 30 countries.?

The Human Development Index (HDI) was developed by the Pakistani economist Mahbub ul Haq. It is a measure of poverty, literacy, education, life expectancy, childbirth, and other factors for countries worldwide & is a standard means of measuring well-being.
In the list of top thirty countries ranked on the basis of HDI, there is not a single Islamic country even though they control most of the world’s oil.
Is it because the blind faith does not allow for rational thinking which is a must for scientific progress?
Or because of a lack of freedom in Islamic societies (innovations & inventions thrive in free societies & free thought)
Or because of the intolerance practised in Islam – no tolerance for criticism or the other point of view, or the inability to accept that there is a problem. (To solve a problem the first step is to accept there is one!)
No disrespect meant here.
http://en.wikipedia.org/wiki/Human_Development_Index
samantha-Going by the virtually unlimited oil revenue of most gulf countries would you not expect there to be at least 10 islamic countries in the top 30?
ppmm..Firstly, what I have said are not ideas but facts.
Also please note HDI not about wealth (its more about what you do with your wealth). In fact the parameters on which HDI is based are not wealth at all!