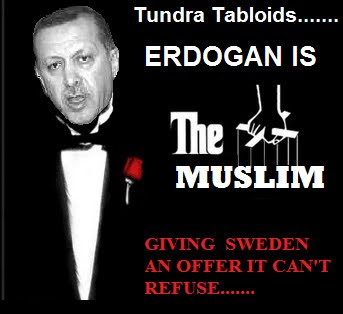 The Turks  butchered 1.5 million Armenians and want to hide that fact, just like the Sudanese are intent on doing concerning their campaign of genocide in Darfur. If there is any justice in this world, that horrid event, and the world’s silence over it (that caught the notice of Adolf Hitler) would be recognized and commemorated for what it was. Genocide.  KGS

Turkish parliamentary delegation being in Sweden expressed concern over the introduction of resolution on Armenian and Assyrians Genocide perpetrated by Turks to Swedish Parliament.
Turkish MPs gave warning to their Swedish colleagues about consequences of resolution adoption, namely that it might affect Turkey-Sweden relations, as well as hinder Armenia-Turkey Protocols’ ratification in Turkish Parliament.
According to Turkish Zaman, Swedish authorities are reluctant to have this document considered in Riksdag and tend to send it to historians’ committee. However, authorities’ efforts to impede the resolution adoption are not welcomed in the Parliament. Nonetheless, the source says that Swedish Parliament rejects numerous similar projects each year.
Riksdag schedules to consider and put to vote resolution on Genocide against Armenians and Assyrians by Turks within two weeks.