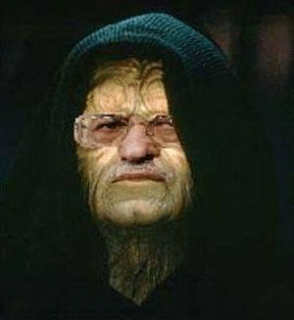 In other words folks, Abbas is being held accountable for the business-as-usual type of governance (or lack thereof) of the Arafat years, during which time the West allowed Arafat and cronies to abscond with billions of aid money meant for the Arabs of the PA. KGS

NOTE: The Tundra Tabloids once made mention of Arafat’s corruption, before he was dead, (the stealing of billions and placing them in foreign bank accounts) at a seminar at the University of Helsinki. Of course the TT was whistled at, booed at and the charges downplayed or dismissed by most in the hall.

MIDEAST: SEX AND CORRUPTION, ‘FATAH-GATE’ FOR ABBAS ON TV

(ANSAmed) – TEL AVIV, FEBRUARY 10 – An explicit ultimatum has been leveled at the Palestinian Authority President Mahmoud Abbas, with consequences to occur if the latter does not order several of those working under him to stand trial for corruption and offence to public morality within the next two weeks. The ultimatum was launched by a head of Palestinian security services in an interview yesterday evening, on the Israeli commercial television station Channel 10.
The broadcaster reported that the incident is tantamount to a full-fledged ‘Fatah-Gate’ for Abbas, and that it may destabilise the entire government. The matter centres on Palestinian security services commander Fahmi Shabane Tamimi, who for six years conducted an investigation into the behaviour of Palestinian leaders, collecting copious documentation on illicit actions. Tamimi claims to have collected documents which would prove that Mahmoud Abbas’s collaborators (as well as some of his relatives) had embezzled hundreds of millions of dollars from Palestinian Authority funds from donations provided by Western and Arab countries.
Tamimi has sent Channel 10 only a part of the documents in his possession. If within the next two weeks Mahmoud Abbas does not set in motion the necessary ‘clean-up’ operation, he will pass on the most serious and detailed material to the broadcaster as well. Tamimi has also sent Channel 10 a short except of footage showing Abbas’s Cabinet speaker Rafiq al-Husseini while the latter withdraws into a different room with a woman requesting state employment. The entire footage will be shown by the Israeli television channel today.