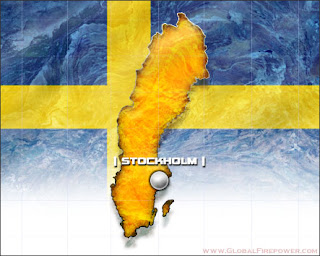 Reinhard sends the Tundra Tabloids the following story. Two Swedish officers died in an attack involving policeman who were Taliban infiltrators. Really, think about it, how can anyone tell a Muslim from someone who is planning the worst possible atrocities imaginable?
This only serves to underline the importance of works, acts and deeds of the Muslim communities around the West to prove their sincerity. It means their active role in condeming any violence against any person (not the disingenuous “Islam condemns violence against the innocent” meme) regardless of race and religion, and denouncing the Islamic concept of violent jihad, as well as insisting that sharia is no longer an option for the modern age.
If they, Muslim leaders and their followers, pick up on those themes, and consistently hammer hard on them, in a real, honest and convincing way, then the non-Muslim will begin to look on them a bit more differently. The standards for the Muslim community has been raised to the very same level that the rest of society has to meet, it’s up to them to prove themselves, and that means forgoing all the whining and the playing of the victim card. KGS

No way to tell an ordinary Muslim from a jihadist.

“An Afghan police may have been behind the attack. According to several sources to SvD [Svenska Dagbladet] the three who have died were killed by an Afghan policeman. At the time of the attack the Swedes were at a routine patrol with Afghan security forces. The Afghan police is then supposed to have suddenly opened fire on the Swedes.”