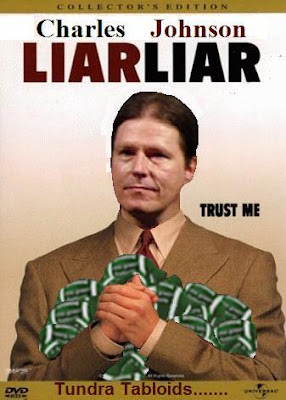 Pamela Geller at Atlas Shrugs, a friend and colleague of the Tundra Tabloids, once again pulls back the “Little Green Curtain” to expose the mendaciousness of the former popular blogger, Charles Johnson.
The editor of the former pseudo right-wing blog LGF, recently took a swipe at James O’Keefe, (the exposer of the highly immoral ACORN organization and a certain amount of its dubious staff) smearing the truth teller by alluding that he attended and/or supported a racist event.
The charges have the consistency of helium, but that doesn’t stop the habitual libelist blogger from making the worst possible connection. Geller sets the story straight at Breitbart’s Big Government. Take it away Pamela:
Little Green Footfalls: Charles Johnson Hearing Goosesteps Again
By Pamela Geller
Chuck Johnson is at it again. He must be out on a weekend pass. I feel compelled to answer the Little Green Monster after I saw him go after James O’Keefe with that same tired wet noodle of a charge he has leveled at so many, calling him a white nationalist. Johnson claimed in an LGF post that “ACORN sting filmmaker James O’Keefe was photographed attending a 2006 white nationalist conference titled ‘Race and Conservatism.’”
[…]
This is what Johnson does. He has gotten a great deal of publicity for his announcement about how he parted ways with the Right, but the real story of Charles Johnson is not even that he changed his mind or his politics. Little Green Footballs today is not a political site. It’s an attack site. He has set about to destroy the most effective voices on the Right. But in fact, he destroyed himself.
[…]
But while Johnson may fool some gullible people, his day in the sun is over. His influence and his traffic are guttersnipe low. The only ones who take him seriously anymore are the dwindling numbers of people who still listen to the dinosaur media. When Johnson was masquerading as a rational and decent voice with a circulation of 120,000 unique visitors a day, no one in big media ever paid him any mind. But since he became a turncoat and transformed LGF into a website of hate and smears, the left has come knocking like a sailor who just got paid.
Read it all here. KGS