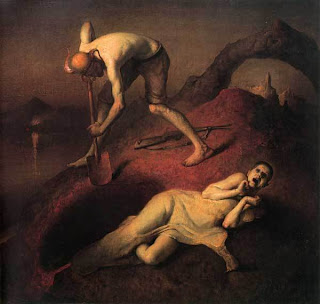 OH AND BY THE WAY, THERE ARE STILL EU DHIMMICRATS WHO ADHERE TO THE HIGHLY LUDICRUS VIEW, THAT EVENETUALLY, HAVING THE TURKS AS A EUROPEAN UNION MEMBER STATE…A GOOD THING! THE MORONS!
The brutal murder of this girl, approved by her relatives, is so revolting on so many levels that it’s too difficult to dwell on for any length of time. The Tundra Tabloids has posted on the subject of these Islamic society approved homicides so many times that it numbs the brain. Here’s a repeat of the vids posted earlier at the TT. I hope it sickens everyone who watches them, enough so, that it causes you to speak out against the practice and the culture that breeds such behavior. KGS

NOTE: The only way Turkey can ever be admitted into the EU, is when it ceases to be a Muslim state.

Teenager’s father and grandfather arrested over suspected ‘honor killing’ after police unearth shackled body.
A 16-year-old Turkish girl was buried alive by relatives as a punishment for talking to boys, the Hurriyet newspaper reported on Thursday.
Police discovered the body of the girl, identified only as M.M., in a sitting position with her hands tied, in a two-meter-deep hole dug under a chicken pen outside her house in Kahta in the southeastern province of Adiyaman, the Turkish daily reported on its website.
The body was found in December, around 40 days after M.M. went missing. Police have arrested and charged the girl’s father and grandfather over the murder. The father reportedly said in his testimony that the family was unhappy his daughter had male friends. Her mother was also arrested but later released.
A postmortem examination revealed a significant amount of soil in her lungs and stomach, indicating that she was buried alive and conscious, forensic experts told the Anatolia news agency.
The autopsy result is blood-curdling. According to our findings, the girl  who had no bruises on her body and no sign of narcotics or poison in her blood was alive and fully conscious when she was buried, said one expert, who asked not to be named.
The girl was reported as missing and no clues about her disappearance emerged until over a month days later, when the police responded to an anonymous tip, which suggested she had been sentenced to death by a council of family elders.
The family has nine children, including the girl, and reportedly told neighbors that she was missing. The girl had made a complaint to police about her grandfather two months before she went missing, saying that he beat her because she talked to boys.