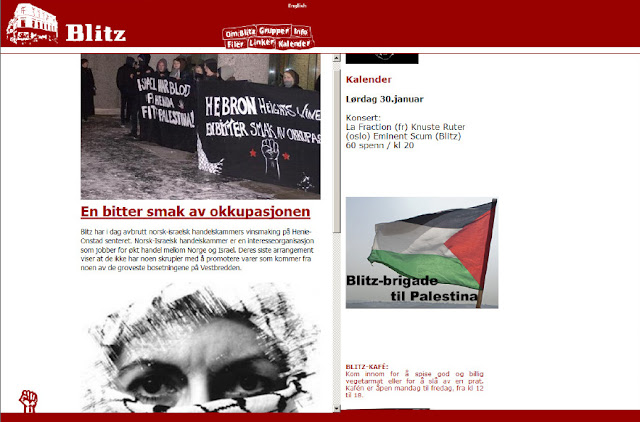 Islamofascist supporting BLITZ:
A reprehensible tasting of repression in a bottle!
These loons wouldn’t know repression or oppression until it hit them upside their pointed little keffiyeh’d heads. They support people who openly and consistently call for the mass genocide of the Jews, just like their former leader, Hajj Amin al-Husseini, the late uncle of the late murderous PLO thug-O-crat, Yasser Arafat.

These goons never trouble to ask themselves why is it, that, Israel has over a million Arabs living in the state of Israel, but the Arabs reject any Jews to live anywhere in the ancient lands of Judea and Samaria, as well as in Gaza? They’re very open about their anti-Jewish policies as were the Nazis before them, but this does not trouble the  ahem, “anti-fascist” fascists one iota. What a bunch of miserable letches.

The Norway, Israel and the Jews blog sends the following report about what took place yesterday in Oslo, Norway:
Hi KGS, Thought this might interest you – yesterday the Norway-Israeli chamber of commerce partook in an event at the Henie Onstad art centre in Bærum (suburb to Oslo). 20 activists from the youth activity house “Blitz” showed up and tried to sabotage the event. See their own site http://www.blitz.no/http://blitz.pxs.no/node/19 or enclosed picture from their site. In this case, the police did a good job and ran the thugs off.
Just one more thing – the centre at which Blitz demonstrated yesterday bears it name from its founder Sonja Henie and her huband Mr.Onstad. Henie was a Norwegian who was slow to support the Norwegian resistance during the war. I enclose a picture of Henie heiling the chancellor of Germany and another of him kissing her hand. 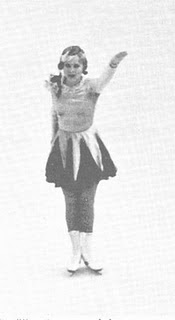 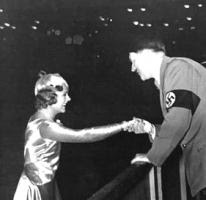 Norway needs to take a very hard look at itself, and how they have traditionally viewed the Jew, and now the collective Jew, in the form of the Jewish state of Israel. KGS