Skip to content
Home
/
2010
/
February
/
1
/
Uncategorized
/
MARTIN SCHEININ AND HIS FINNISH DOCUMENTARY THAT PROMOTES THE JIHADIST’S NARRATIVE OF TORTURE IN GITMO…….
Facebook
Twitter
Google+
LinkedIn
Pinterest
Suffer the poor jihadis for whom
the US failed to connect the dots 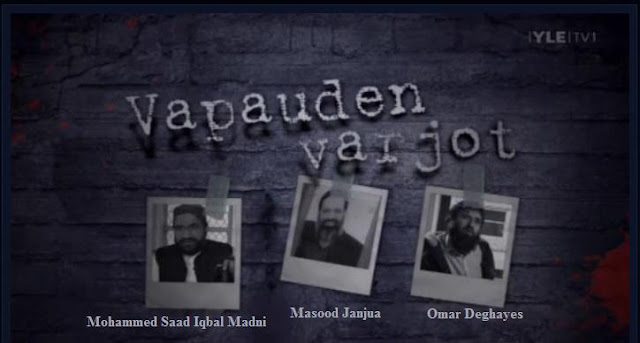 The Badly Misunderstood
in the Finnish documentary
“In The Shadows of Freedom”
Martin Scheinin is the same Professor of Constitutional and International Law, and “UN Special Rapporteur on the promotion and protection of human rights and fundamental freedoms while countering terrorism”, who wondered whether: “counter-terrorism measures targeting bombers who dress as women offend the rights of transsexuals?”.
Remember folks, it’s all about that important “complex relationship between gender equality and countering terrorism” that should keep everyone awake at night, not the Islamic jihadis hiding explosives in their shorts or up their rears.
So Martin Scheinin got to unveal his all important tear-jerker of a documentary last night on Finnish state TV, YLE, which was nothing more than an obvious attempt to further malign the former Bush administration’s anti-terrorist policies, by heaping loads of undeserved sympathy upon unrepenant jihadis who just happened to luck out in not having sufficient evidence against them. One was released not so much for a clear lack of evidence, but due to the insistance of Tony Blair, the former British PM, who was feeling pressure at home.
Two of the three mentioned in the film had strong connections to Islamic jihadism, and due to their careful reading of the al-Qaida handbook, they of course took take great care in telling of their torture at Gitmo at the hands of the infidels.
Muhammad Saad Iqbal Madni 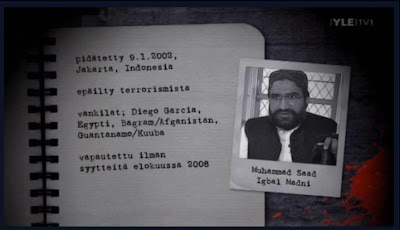 What they don’t tell you in the film: “The CIA found his name in al-Qaeda documents obtained in Afghanistan. The agency believes that Iqbal, a Pakistani, worked with Richard Reid, the Briton charged with attempting to blow up an American Airlines flight from Paris to Miami on December 22 with explosives in his shoes.”
He was forced to wear an orange jump-suit that “non-compliant captives were made to wear because of a suicide attempt he had made on the 191st day of his detention”.
Because of factors that included “denunciations from unnamed informants that he claimed to be a member of al Qaida, that he plotted assassinations, that he was related to a female member of the extremist Ak Ikhwan Al Muslimoon Group in Indonesia, and that he had stated: “The detainee stated it was better to kill one U.S. Government Official than 100 Americans.”, continued detention was deemed necessary.
The wikipedia page on the jihadi dirt bag, tells of Madni being both a braggert and embellishing his role in the jihad, and if that’s partly the case, then he has only himself to blame. But in the TT’s opinion, the US was more than justified in detaining him at Gitmo. That he spreads lies of “torture” at Gitmo, only compounds the TT’s belief that he should still be locked up….somewhere.
Omar Deghayes 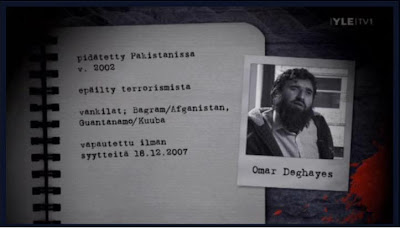 What they don’t tell you in the film: Omar’s brother, Abubaker Deghayes, is a radical Muslim imam who violently took over a local mosque in the UK, and has said he believes Tony Blair is a “legitimate target” for terrorists.
According to blogger, Sweetness & Light:

“Court documents show Deghayes took over the mosque using violence, intimidation and threats. Dr Abduljalil Sajid, a leading imam and a government adviser on Islam, was forced out as head of the mosque by Deghayes and his supporters. It is understood Sussex police Special Branch held a number of meetings with Sajid about extremist elements at the site, but no overt action was taken. Sajid, chairman of the Muslim Council for Religious and Racial Harmony, is understood to have raised his concerns about the mosque with Blair.”

The lying jihadi blames the blindness in his right eye on “torture” he received in Gitmo, though it’s well known he had received the injury in his youth. The lying jihadi stated in 2006 a whole host of things that warranted his continued detention (and still does) but Tony Blair stepped in and had him remanded into British custody and flown to Spain to answer charges there. Only because of supposed deterioration of his mental health, the jihadi is released and now does PR work for the jihad with teh help of stooges like Martin Scheinin.

Here’s  a lists of what the guy admitted to doing: 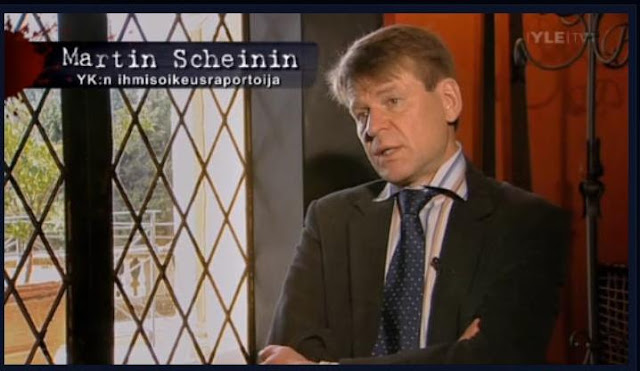 Martin Scheinin: Masood Janjua? Well he dissapeared in Pakistan, he left home to catch a bus with his friend, Faisal Faraz, to Peshawar. So lets allude to US guilt for that one as well, seeing there’s no way US officials can defend themselves from the claim. KGS