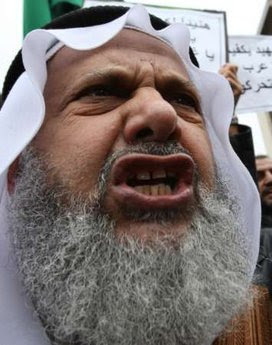 The Arabs are all in a rage over a tram that is planned to relieve the congested city streets of J’lem, but not over their death cult society. Mull that one over. So the voices of “outrage” drag out the old  worn out propaganda sound bites, but Israel has every right to be not only in East J’lem, but also in Samaria and Judea as well.
What they (the Arabs) don’t want to talk about, nor want anyone to know about, is that the Jews comprised the majority of E.Jerusalem before the 1948 War of Independence, during which Jews were driven out in masse by the invading Arabs armies. Since Israel regained the portion of E.J’lem in the 67′ War, they are within their legal rights to build anything they want in the united capital of the Jews. End of story. KGS

NOTE: Commentor Chrysler300M says: “we should build a cameltrack for the sons of the desert “

Palestinians irate over new Jerusalem tram
JERUSALEM (al-AP) – Jerusalem’s first light rail starts test runs this spring, with its sleek silver cars gliding across the city and promising to relieve the perpetual congestion.
But Palestinians see no reason to celebrate.
They hope to derail the $1 billion tram because they fear it will further entrench Israeli control over east Jerusalem, the part of the city they want as a capital. They’ve asked a French court to force two French multinationals, Veolia and Alstom, out of the project and are urging Arab countries to cancel contracts with the two companies.
The 9-mile (14-kilometer) line runs from Jewish west Jerusalem to the largest of several settlements Israel built in the traditionally Arab eastern sector after capturing it in 1967.
Palestinians say Israel is creating more facts on the ground with the tram, just as it has with its ever-expanding Jewish enclaves in east Jerusalem that are now home to 180,000 Israelis.
“The purpose of this project is to make a bridge between the settlements … and west Jerusalem and they use our land, Palestinian land,” said Ahmed Rweidi, an adviser to Palestinian President Mahmoud Abbas. “The train is illegal and the settlements are illegal.”
Israeli Prime Minister Benjamin Netanyahu says he’s not willing to give up any part of Jerusalem, taking a harder line than some of his predecessors, and insists Israel has the right to build anywhere in the city.
Government spokesman Mark Regev said “the light rail will serve all of Jerusalem’s residents and beyond, Arab and Jew alike.”
Read more here.