Skip to content
Home
/
2010
/
January
/
25
/
Uncategorized
/
GATES OF VIENNA: THE MEME THAT WOULD NOT DIE…….
Facebook
Twitter
Google+
LinkedIn
Pinterest
Note: The Tundra Tabloids was at the Counter-Jihad conference in Brussels in 2007, and can attest to the veracity of the Baron’s words. Filip DeWinter and the Vlaams Belang have been raked over the coals far too long, neither are they now, nor ever have been a fascist movement. KGS
The Meme That Would Not Die
How many times have you heard that “Vlaams Belang is a fascist party”? 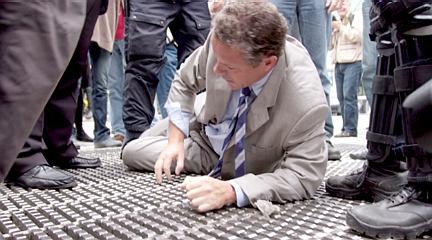