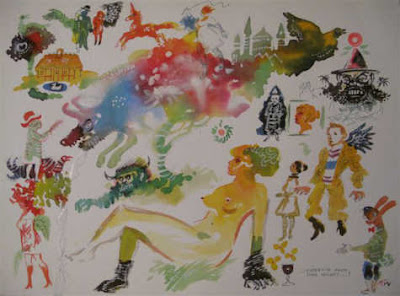 The proceeds from the sale were to
have gone to help the needy in Haiti
Intimidation by Islam forced auctioneers, Lauritz.com, to reject Kurt Westergaard’s contribution. And they (many Muslims and their apologists) say Islam has no connection with terror. Think again. KGS
NOTE: Not only does the Ideology of Perpetual Outrage (IPO = Islam) keep noticeably silent on “their aid” contribution to Haiti, but their religion helps stop the flow of aid.