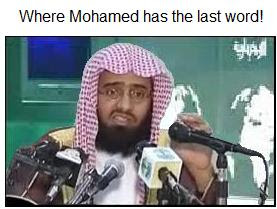 “Infidels, this is what happens when you send your technology to the Arab/Muslim world, our people begin to use it and become more civilized, and free in their thinking, which of course runs counter to Islam and we have to crack down. So you are all to blame for this little girl being brutally beaten with a rod. Salaam.”
These kind of stories (that frequently come to light) highlight the real side of “what’s it like to live in the Islamic House of Saud”. It’s an Orwellian nightmare. Lets face it, Islam in the raw treats its people (especially females) like beasts of burden. Step once out of line and you’ll feel the whip to get your mind thinking the “right way”. KGS
H/T: Al Avai 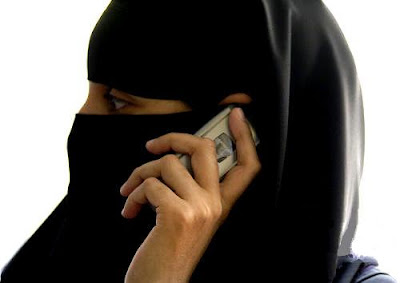 Obama? Hi, I’m just calling to let you know that my back
is going to be shredded by our Islamic, misogynist society
that you want your fellow countrymen to respect.

Saudi girl, 13, sentenced to 90 lashes after she took a mobile phone to school

A 13-year-old Saudi schoolgirl is to be given 90 lashes in front of her classmates after she was caught with a mobile camera phone.
The girl, who has not been named, was also sentenced to two months in jail by a court in the eastern city of Jubail.
She had assaulted her headmistress after being caught with the gadget which is banned in girl schools, said Al-Watan, a Saudi newspaper. The kingdom’s use of such punishments has been widely condemned by human rights organisations.
Three years ago 16 schoolchildren, aged between 12 and 18, were each sentenced to between 300 and 500 lashes for being aggressive to a teacher.
Under Saudi’s Sharia or Islamic law, flogging is mandatory for a number of moral offences such as adultery or being alone in the company of an unrelated person of the opposite sex. But it can also be used at the discretion of judges as an alternative or in addition to other punishments.
Al-Watan said a court in the northeastern Gulf port of Jubail had sentenced the girl to 90 lashes inside her school, followed by two months’ detention.
The punishment is harsher than that dished out to some robbers and looters.