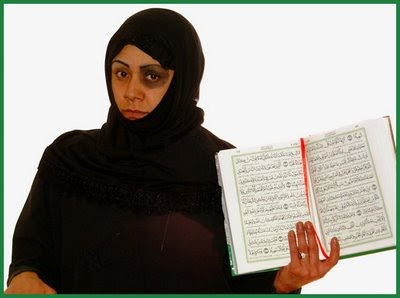 The Tundra Tabloids received the following hat-tip from fellow Finnish blogger, Vasarahammer, about Finnish state news YLE practicing self-censorship yesterday, after it published the following news report, then pulled it after only three hours.
All this is coming on the heels of a Finnish YLE TV program’s (Ajankohtainen Kakkonen) airing of a report about Finnish women encountering Islamic honor related violence from Muslim immigrant males and their families. The Tundra Tabloids talked with one journalist responsible for the A-K program, who said she never read the Koran, and refrained from linking the issue of Islam and the Koran  with honor violence, out of fear it would lead to ………racism.

Here is the screen shot of the article removed, that was reprinted on this blog, and translated into English by the Tundra Tabloids here:

More and more Finns confront honor-related violence in their lives.
Among immigrants honor violence has occurred in Finland for many years.
Finns, like immigrants, are applying for assistance in honor related violence, in places like multi-cultural centers for women, because the Finnish authorities did not recognize the honor violence and do not understand how serious may be the case.
A Finnish woman told of her experiences in YLE’s TV2 Ajankohtainen Kakkonen program this week.
A woman encountered honor related violence from a religious man of foreign background.
She said that her marriage was hell, but no one believed her.
– I am afraid of my husband, his brother and the whole family. I have received threats of child abduction and the man has repeatedly threatened to kill me. The man has said that none of them can do nothing – that the horrors will happen, that he doesn’t have to do it himself
– the avenger can be found from his own tribe, the woman says.
A man who believes in honor violence and his entire family think that a woman’s chastity is in a man’s control.
The woman is the man’s property and thus can assault the woman however he pleases, if the woman refuses to obey the rules.
Honor violence has been increasing in recent years in Finland, when unmarried young women immigrants from a foreign culture struggle under the pressure.
They may be forced to marry and be prohibited from socializing with Finns.
Finns in immigrants’ shelter
Multi-cultural partnerships in the main population have had encountered honor-related violence in the manner of the women in the Ajankohtainen Kakkonen program.
Project-Monika Nasima Razmyar of the Monika-Women’s union (Monika-Naiset liitos) says that in their safe houses, Finnish women have had fled honor violence.
In addition, the Finns seek other assistance from the Monika-house meant for multi-cultural females.
– For example, a woman’s mother or another family member or friend may call who is worried about her.
They want to know about certain cultures, and if someone’s behavior normal, Razmyar says.
The authorities have limited information
With the exception of immigrant workers, the Finnish authorities’ knowledge on honor violence is weak.
The Eastern Police District director, Chief Inspector Veli Hukkanen from the Helsinki Police Department, says that the Finnish authorities’ attitude towards honor related violence as it would for normal Finnish intimate partner related violence.
Hukkanen calls for the training of state authorities.
– Authorities, are not able to immediately identify and offer guided assistance.
We’re currently unable to secure and protect the lives of people in the way that the authorities should do, Hukkanen says.

This shows how unprepared the Finnish authorities are in regards to the issue of Islamic inspired honor viloence, as well as the knee-jerk reaction of the media in helping to stifle info out of fear of spreading racism. If you can’t address the issue, you’ll never get to the root problem. Islam