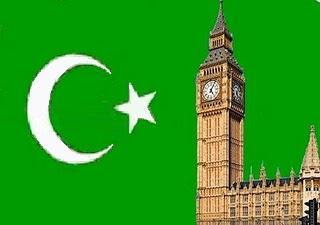 Who is going to say enough already?

It is heartbreaking, even as it is unsurprising. In Britain, the authorities are now reporting the forced marriage of girls as young as nine years old on British soil. We are not talking about one case, but several, which take place under official protection. We are not speaking, then, about parents or “husbands” who are being charged with a criminal offense. The situation, in other words, is completely unacceptable and makes clear that we have a crying need for a new approach to these matters. Government must put its foot down – and powerfully so – so that there will be no doubt as to the way in which such grotesque crimes will be addressed.
First, when I say that the marriage of nine-year-old girls in today’s Britain (and the rest of the EU, for that matter) is unsurprising, my statement is based on my own 17 years of experience in the field of immigration: forms of assault based on tradition and religion – including child marriage, forced marriage, genital mutilation, so-called honor-related offenses such as rape and murder – have become established here as a result of immigration, mostly from Muslim countries.
Instances of these offenses have been documented in countries such as Norway (where, to be sure, there have been no recorded cases of marriage to girls as young as nine, but where the marriage of an 11-year-old came to light in a TV documentary that I worked on as journalist; such cases have also been known in Sweden). The only phenomenon that has not been documented in Norway thus far is forced eating by girls before they are to be married off. I was told about this practice by feminists in Paris in 2003, and the phenomenon had been imported into France by immigrants, mostly from Mali. Girls are locked up and fed like geese before being married, because in their culture being fat is considered beautiful.
This being said, the news from Britain, which has been reported in the Times, deserves widespread attention. Because the authorities are obviously aware of very serious information about actual children who are supposedly under the protection of those very same authorities. In other words, Britain’s Ministry of Justice, if the Times is to be believed, knows who these children’s parents are, parents who have attempted to arrange for the rape of their own children. For this is what we are talking about here: the deprival of children’s freedom, plus countless years of repeated rape.
Such phenomena must force authorities to sit down with a cool head and a warm heart and ask themselves: who are we, and where are we going? What are we doing to ourselves as a nation, to our heritage, to our culture, to our future? According to the Times, however, British authorities are not doing anything of the kind. Here comes the proposed initiative, and before you read this sentence you had better take a deep breath. The Ministry of Justice says that the children’s parents are receiving help from the authorities “to solve the problem.”
Read More.