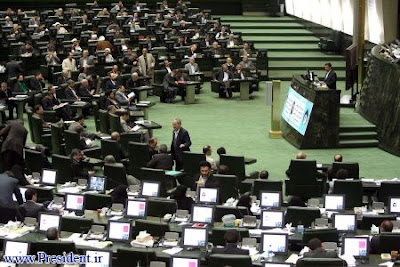 “We should lay the ground for global governance by developing Iran and through taking an active part in the arrangement of a new system in the world. Contributing to the prelude to the reappearance of His Eminency Mahdi, may God hasten his reappearance, and to the establishment of his global governance is the philosophy, ideology, and the prime goal of the Islamic Revolution and the holy system of the Islamic Republic. This is also a symbol of our existence, a symbol of our invincibility, and a symbol of pride for the Iranian nation.
However, the important question is whether we will be able to accomplish such a great, significant, and historic mission. I would like to draw your attention to the huge potential and capabilities of the Iranian nation, which have served as the basis for preparing the fifth (development) plan”.

NOTE: The portion translated was through an anonymous source