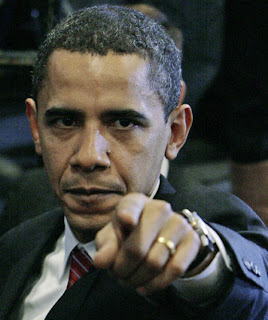 OBAMA: BUT… IT’S ALL THE
US INTELLIGENCE COMMUNITY’S FAULT
The Tundra Tabloids heard that the president knew of the possible attack three days prior to Christmas Eve, which means if he received the information, Home Land Security knew of it as well, and yet Umar Farouk Abdulmutallab, made it onto the plane……without a passport. For your reading enjoyment, here are but a few of the comments to the Al-Reuters article:
Christmas incident was “screw up” – Obama said
WASHINGTON, Jan 5 (Reuters) – President Barack Obama told his security chiefs on Tuesday that the botched Christmas Day plane bombing was the result of a screw up by U.S. intelligence and that the country had barely dodged disaster, according to a quotation released by the White House.
“This was a screw up that could have been disastrous,” the president said during a meeting in the White House situation room, according to the White House media office. “We dodged a bullet but just barely. It was averted by brave individuals not because the system worked and that is not acceptable. While there will be a tendency for finger pointing, I will not tolerate it.”