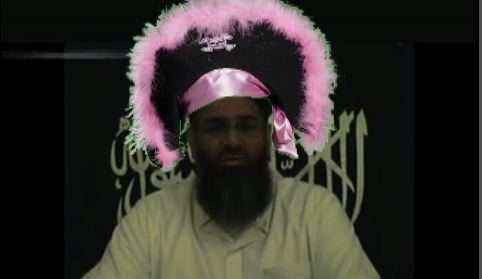 Anjem Choudary:
I will tickle you pink!
These clowns are a gift to the Counterjihad, the more they promote their jihadist cause, the more we get to expose them to all kinds of ridicule and fun poking. They just cause more people in Britian to loathe their ideology. KGS
Outrage as Muslim extremists hijack war heroes’ town Wootton Bassett
A town famed for honouring dead British solders returning from Afghanistan expressed its dismay yesterday at plans by an extremist Islamic group to march through its streets.
Islam4UK, which calls itself a ‘platform’ for the fanatical Al-Muhajiroun movement, said its supporters will parade through Wootton Bassett in the near future.
The group’s website said the event is being held ‘not in memory of the occupying and merciless British military’ but of the Muslims ‘murdered in the name of democracy and freedom’.
Its leader, Anjem Choudary, said the protest, involving 500 people, would be ‘peaceful’ and that ‘symbolic coffins’ would be carried to honour Muslim victims of the conflict.
The walk will not coincide with the return of a dead soldier’s body, added Mr Choudary, 42, a former lawyer from East London.
Read more: 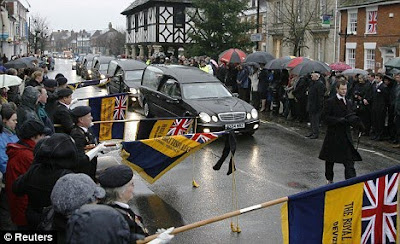