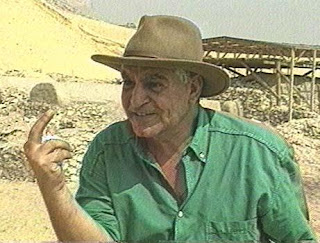 Zahi Hawas: Give back everything that we detest
Sheik Yer’Mami: “The hide, the chutzpah of these Mohammedans is astounding. These are the same pirates who terrorized Europe for more than 1300 years, raided the coast’s of Europe and took more than a million white slaves. Why don’t western nations demand reparations?”
Egypt Alleges Germany Stole Nefertiti Bust, Demands Return

Egypt’s antiquities chief announced he will formally demand that a 3,300-year-old bust of Queen Nefertiti displayed at Berlin’s Neues Museum for 85 years be returned to its homeland.
Zahi Hawass, head of Egypt’s Supreme Council of Antiquities, found that the bust—one of the most copied works of ancient Egypt—was smuggled out of Cairo through fraudulent documents, according to a report by the Associated Press.
Hawass has been leading an aggressive campaign to reclaim treasures allegedly stolen from Egypt. Since assuming his role as head of antiquities in 2002, he has recovered some 5,000 artifacts.
Just this past week, Hawass convinced the Louvre in Paris to return 3,200-year-old painted wall fragments from that were stolen from a tomb excavation in 1975. Hawass pressured the museum to hand over the artifacts by suspending their current excavation in southern Cairo. 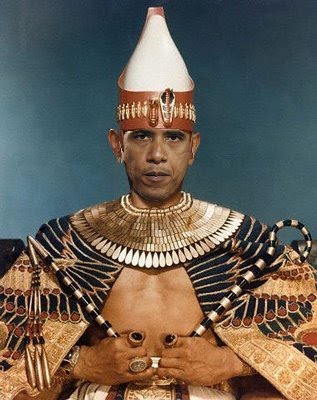 Obamatut: If it were up to me, I’d give it all back to the Mohammedans who have not only rejected their Egyptian heritage, but have become Arabized and Islamized as well.