I want to thank all of you who pressured the US government over the past few years to release my fellow jihadis from Gitmo. Thanks to all of your efforts, we almost pulled this latest terrorist attack off. If not for a faulty charge, I would be right now enjoying my 72 year old virgin instead of nursing my badly burnt balls.

Remember folks, though B.Hussein Obama was not the president at the time of the release of these two jihadis from Gitmo, he was most certainly a part of the chorous in the Senate demanding Gitmo to be closed, and in part, responsible for the pressure heaped on the then president, G.W.Bush, to be releasing prisoners as soon as possible. 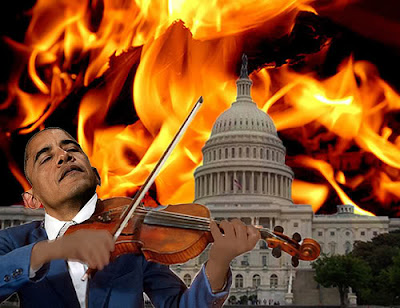 (picture courtesy of Weasel Zippers)
This goes to show that the worst of the worst are being held at Gitmo, and that they, and future jihadis captured, should remain there until the jihad is defeated. However long that takes. KGS
Men believed behind airplane plot were freed from Gitmo
Two of the four leaders allegedly behind the al Qaeda plot to blow up a Northwest Airlines passenger jet over Detroit were released by the U.S. from the Guantanamo prison in November, 2007, ABC News is reporting, quoting American officials and citing Department of Defense documents.
American officials agreed to send the two terrorists to Saudi Arabia where they entered into an “art therapy rehabilitation program” and were set free, according to U.S. and Saudi officials, ABC News reported.
Guantanamo prisoner #333, Muhamad Attik al-Harbi, and prisoner #372, Said Ali Shari, were sent to Saudi Arabia on Nov. 9, 2007, according to the Defense Department log of detainees who were released from American custody. Al-Harbi has since changed his name to Muhamad al-Awfi.
Pamela at Atlas has this off topic but related observation: Buffoon of the blogosphere. Who is paying this clown?