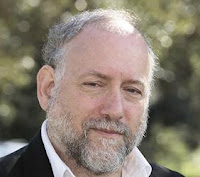 Barry Rubin: “The sin of anti-Communism, deterring opposition or honest evaluation by accusing those who spoke up of being a reactionary bourgeois supporter of imperialism, has been replaced by accusing someone of being guilty of Islamophobia, Political Incorrectness, or racism. Nonsense is defended by a wall of vituperation and ridicule.”
The Tundra Tabloids highly recomends that more of its readers to visit Barry Rubin’s blog often, the man delivers top analysis on a whole range of subjects on a regular basis, and he never fails to deliver.
This time around, Rubin focuses on the intellectuals of our time, who, as did their mentors during the 30’s and 40’s, “tell the people only what those who think they know better believe will push them in the right direction“.
It’s one of the reasons why capitalism isn’t valued as the extraordinary economic system that it truly is in our western universities over the past few decades. The bastardizing of western history (especially US history) in our universities has become the norm, as well as alienating their students from the remarkable achievements found in the “Federalist Papers, Declaration of Independence, Constitution, and Bill of Rights“.
“Progressives”, or better yet, latter day communists, have been entirely successful in subverting western society, so much so, that society has taken to defining issues, movements and people using terminology that they alone (the progressives) have deemed acceptable. Watch the following vid about PC politics, then read what Rubin has to say.

ALL CUT FROM THE SAME TOTALITARIAN CLOTH
(If Mo were alive today, he would be a Lefist just like Hiter was)
How to Get Western Intellectuals to Support Dictatorships and Totalitarian Ideas
In 1937, at the peak of the purge trials (when thousands of people were arrested, tortured into making false confessions, and shot), after the government-made famines (when hundreds of thousands of people died), and as literally millions were being sent to concentration camps, Soviet dictator Joseph Stalin was interviewed by Lion Feuchtwanger, a German anti-fascist but non-Communist author.
Stalin did the five things needed to fool a Western intellectual into supporting totalitarianism: he flattered Feuchtwanger; ensured his works were published and lavishly praised; professed devotion to social justice; attacked capitalism; and made sure he was well paid for his literary efforts.
Here’s some of what Feuchtwanger wrote after his interview with Stalin:
“Stalin…is extremely sincere and modest….He knows the needs of his peasants and workers, he is one of them….He gave the Soviet Union a new democratic constitution and has solved the nationalities problem….Soviet citizens have plenty of food, clothing, movies, and theaters….Scientists, writers, and actors live well in the Soviet Union….Writers who deviate from the general line are not oppressed….In the near future the Soviet Union will become the happiest and strongest country in the world.”
Feuchtwanger was a free man, not subject to Soviet law. He had been one of the most courageous in exposing the Nazis, forced to flee Germany for Paris. He could have been the model for the heroic Victor Laszlo in “Casablanca.” But he believed that supporting Stalin would promote social justice and fight evil political movements on the political far right. And if such behavior also benefited his own material interests, that was all the better.
One of Feuchtwanger’s points about the USSR’s glories is that “Soviet newspapers do not censor my articles,” which was understandable since they only praised the dictator and the regime.
Hence Feuchtwanger, like many Western intellectuals was so aware—and rightfully so, of course–of the sins of Nazism, was blind to those of Communism. In part, he believed that the existence of one evil justified his lying about people regarding another. In 1937 that was quite understandable given the size of that first evil. In 2009, however, the same philosophy–to tell the people only what those who think they know better believe will push them in the right direction–is still in force.
But he was no fool. When it came time to flee from the advancing Nazi army, he fled to America, not the USSR. But there was an East German postage stamp issued in his honor. If you wanted intellectual freedom America was the best bet; if you wanted intellectual prestige, Communism was the ticket.