Skip to content
Home
/
2009
/
December
/
27
/
Ban Ki-Moon
/
UN SEC-GEN BAN KI-MOON LIVES IN A WORLD OF FANTASY: END BLOCKADE OF GAZA AND LIVE HAPPILY EVER AFTER…….
Facebook
Twitter
Google+
LinkedIn
Pinterest
The UN Sec-Gen’s recipe for ending the conflict is
nothing more than a catalyst for the continuing of it. 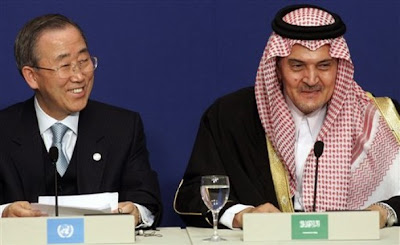