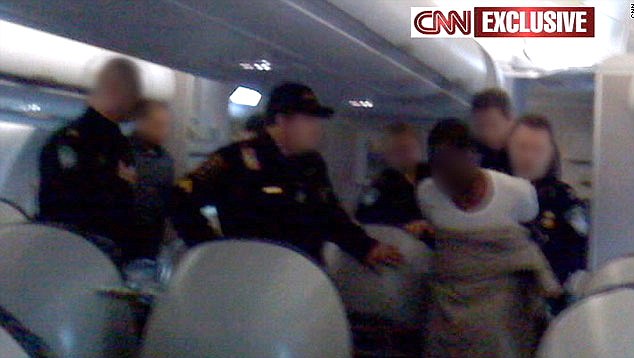 Cell phone picture of jihadi
being taken off the plane at Detroit Metro
But wait a minute! Son of a wealthy banker who has never seen a day of poverty in his own life, has taken up the jihadi lifestyle of the Islamic brain dead and deadly intolerant? This has all the psycologists and Islamo-apologists in automatic “spin mode”, as they try to explain yet again, why is it that poverty and social justice has nothing to do with this latest act of terrorism.
It’s Islam, pure and simple. The more you better understand the death cult of Mo, the better you understand the acts of violence being perpertrated against the non-Muslim West and the ‘mild Muslims’ who for one reason or another don’t take Islamic texts so literally. KGS 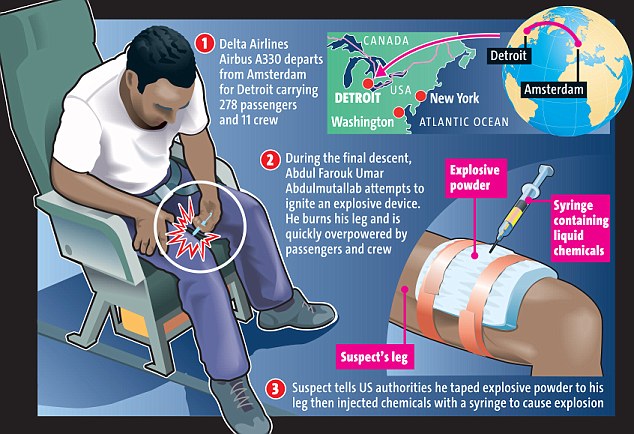 Caught out: Terror suspect Nigerian Umar Farouk Abdulmutallab
The London-based terrorist who attacked a US airliner on Christmas Day tried to bring down the plane by mixing two explosive compounds using a hypodermic syringe.
Wealthy banker’s son Abdul Farouk Umar Abdulmutallab apparently injected a syringe of chemicals into a pack of combustible powder strapped to his leg in an attempt to cause an explosion over Detroit.
The use of small amounts of liquids and powder suggests he managed to circumvent the ban on taking all but limited quantities of liquids on to flights.
But the mixture failed to fully ignite and passengers leapt on the 23-year-old Nigerian as the jet, from Amsterdam Schiphol airport, came in to land at Detroit Metro airport. He was last night charged with attempting to destroy the plane.
Experts say Abdulmutallab hoped to cause a blast big enough to tear a hole in the fuselage, which would have had devastating results as the plane began its descent over a heavily populated area.
‘Had this been successful, scores of innocent people would have been killed or injured,’ US Attorney General Eric Holder said.
The terror started as the Airbus A330-300 lowered its landing gear. Witnesses said Abdulmutallab emerged from the lavatory after about 20 minutes. He said his stomach was upset, and pulled a blanket over himself as he returned to his economy-class window seat, 19A.
[…] 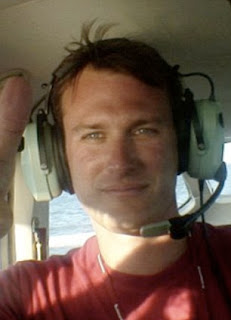 Film producer Jasper Schuringa from Amsterdam was sitting in seat 20G when the device ignited. He leapt over the back of the seat and scrambled over four other passengers to pummel Abdulmutallab.
Dutch video director Jasper Schuringa leapt over other passengers to tackle the suspected terrorist
Mr Schuringa then saw a ‘burning object’ – which he said resembled a small, white shampoo bottle – between the student’s legs. Mr Schuringa said: ‘It was smoking and there were flames coming from beneath his legs. I pulled the object from him and tried to extinguish the fire with my hands then threw it away.’
He screamed: ‘Water! Water!’ as he pulled Abdulmutallab out of his seat and dragged him to the front of the plane.
Fellow passengers poured bottles of water on the blaze, while flight attendants tackled the flames with fire extinguishers. Mr Schuringa said Abdulmutallab seemed dazed. ‘He was staring into nothing,’ he said.
The producer said he then stripped off Abdulmutallab’s clothes to make sure he did not have other explosives
on his body. A crew member helped handcuff him.
The attack came six months after the suspect’s father, a prominent Nigerian banker and politician, had warned Nigerian security agencies and the American embassy that
his son’s extremist views could pose a security threat.
Family sources said Dr Alhaji Umaru Mutallab, who recently retired as chairman of the country’s First Bank, was ‘devastated’ to hear of his son’s actions and was close to collapse. 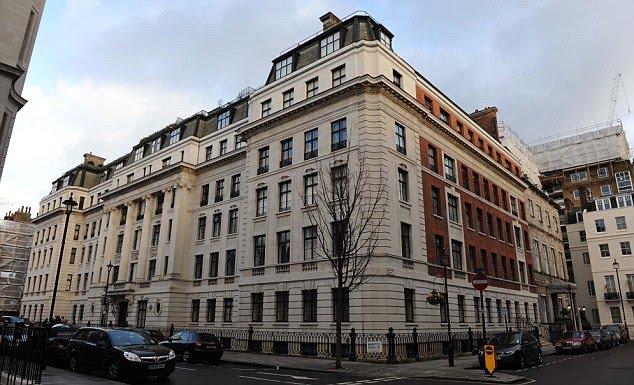