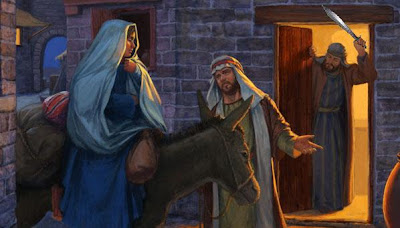 Sorry Miriam, Mohamed the innkeeper said:
“No Pigs or Apes Allowed in Bethlehem!”
The obvious truth to the matter is, whenever and wherever Islam has the upper hand, intolerance and cruelty reign. Muslims and their non-Muslim lackeys falsely claim that Islam’s “golden period” in Al-Andulas (the large protion of S.Spain conquered by Muslim Moors) saw all three religions living in peace and harmony, but yet Islam can’t even come close to living that gross myth in the present day. KGS