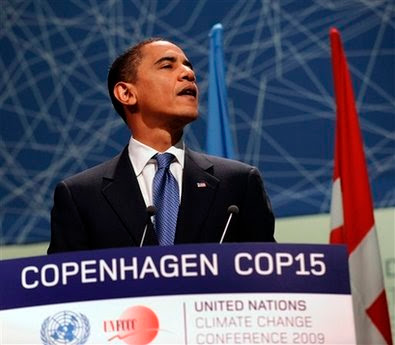 The Great One:
I will lead you out of this crisis, through all of the commie slogans
I internalized while driving here from the CPH airport

How about first clearing the streets of CPH from the record dumping of snow, before tackling global warming! Here is a few photos taken by a local that sent it to the Tundra Tabloids. KGS 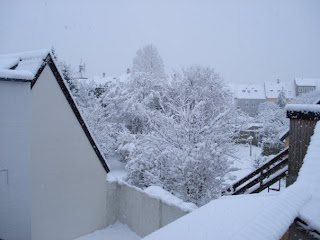 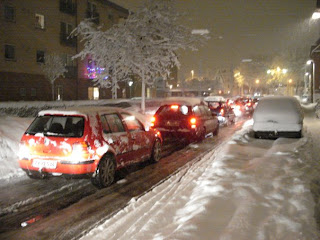 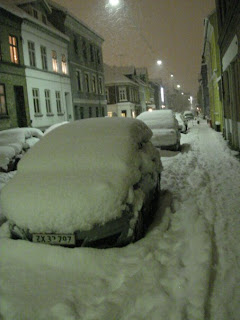 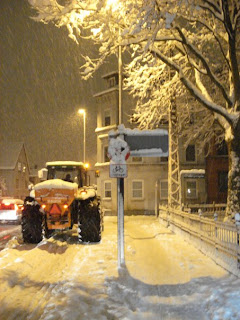 All taken last night by Uriaposten

Obama: ‘Time for talk is over’

COPENHAGEN — A visibly angry Barack Obama threw down the gauntlet at China and other developing nations Friday, declaring that the time has come “not to talk but to act” on climate change.
Emerging from a multinational meeting boycotted by Chinese Premier Wen Jiabao, Obama warned delegates that U.S. offers of funding for poor nations would remain on the table “if and only if” developing nations, including China, agreed to international monitoring of their greenhouse gas emissions.
“I have to be honest, as the world watches us … I think our ability to take collective action is in doubt and it hangs in the balance,” Obama told the COP-15 plenary session as hope faded for anything more than a vague political agreement.
“The time for talk is over, this is the bottom line: We can embrace this accord, take a substantial step forward. We can do that, and everyone who is in this room will be part of an historic endeavor, or we can choose delay,” he said.
He added, “The question is whether we will move forward together, or split apart. … We know the fault lines because we’ve been imprisoned by them for years.”
Back home, senators critical to getting a climate bill through Congress have stressed that developing nations must submit to international monitoring — particularly if they want the U.S. to pay hundreds of billions to help combat the destructive impact of climate change.
“The only way we’ll be successful in America is for countries like China and India to make an equivalent commitment,” said Sen. Lindsey Graham (R-S.C.), who is crafting a bipartisan climate bill. “We’re not going to unilaterally disarm.”
READ IT ALL HERE.