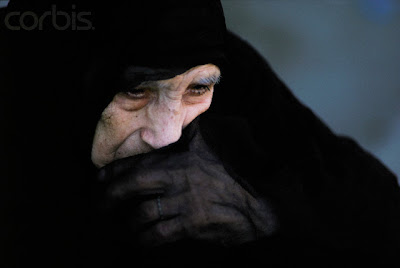 Khamisa Mohammed Sawadi:
Such are the ways of the prophet mohamed
Look to the founder of the cult called Islam, if you want to point fingers, the Saudi Government is just enforcing what the Koran, Hadiths and the Sura call for. How could the Saudis, the caretakers of Islam and all of its main holy sites be getting Islam all wrong? It’s like saying the Roman Catholic Church doesn’t understand Christ and the DaLai Lama is confused about Bhuddaism. KGS
Saudi Arabia to flog 75-year-old for breaching sex segregation rules
“The minister of interior (Prince Nayef bin Abdul Aziz) is reported to have ordered the immediate detention and flogging of a 75-year-old woman, Khamisa Mohammed Sawadi, along with two Saudi Arabian men known only as Fahad and Hadyan,” the London-based watchdog said.
“The Saudi Arabian authorities must not carry out the imminent flogging and imprisonment of an elderly woman and two younger men.”
Amnesty said all avenues of appeal had now been exhausted in Saudi courts against the trio’s March conviction for being in the company of members of the opposite sex who are not close relatives.
“It is abhorrent that an elderly woman is at risk of 40 lashes,” said the deputy director of the watchdog’s Middle East and North Africa Programme, Philip Luther.
“We urge the authorities to prevent the imprisonment and flogging of Khamisa, Fahad and Hadyan.
Sawadi and Fahad were sentenced to 40 lashes and four months’ imprisonment, and Hadyan to 60 lashes and six months’ imprisonment, Amnesty said.
Sawadi also faces deportation to her native Syria on completion of her prison term. Saudi Arabia enforces a strict version of Islamic sharia law and imposes corporal punishment for a wide variety of offences.
H/T Atlas Shrugs