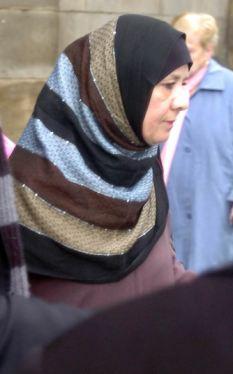 Ericka Tazi the lying Muslim toad stool
The Tundra Tabloids just posted on the Vegelenzangs today, that they were in court on trumped up charges of “offending” the beliefs of a new covert to Islam. Actually it’s highly ludicrus to be brought up on any charge of “offending someone”, it never should have gone to court in the first place.
But in the end, common sense and reason won the day as the judge realized the Muslim convert was a nasty piece of work and lying through her teeth about this Christian couple. Kudos to the judge and a warning to the Muslim community, the law shows that it’s able to discern between bogus whining and real cases of slander. KGS
H/T Vlad Tepes: Hotelier Ben Vogelenzang cleared of insulting Muslim guest