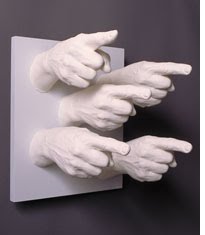 The fear of being branded a racist should have a latin word invented for it that ends with “phobia”. It’s the product of ceaseless foolish policies designed with the intent to limit, or even eradicate the “hurt feelings” of minorities. “PC” think originates from the ideology of critical theory, which is designed to criticize tradtional institutions and thought in the West.

It was desgined to present the problems in humanity as the exclusive property of the West, that need to be attacked, brought down and replaced with their utopan notions and ideas. It’s classic Marxism with a new age twist. Watch this interesting video that explains political correctness, or cultural Marxism, that has become the accepted model in Western society due to the successes of Marxist critical theory. KGS

H/T Gaia
Fear being branded racist and of offending minorities hampers social workers’ action over forced marriage
Women and young girls at risk of being taken abroad and forced into marriage are being failed because local officials fear ‘offending’ minority communities, according to a Government report.
Social workers are being slow to use new court orders aimed at stopping potential victims being spirited overseas to be married without their consent, the report said.
It pointed to ‘a fear of being accused of racism or not being culturally sensitive’.
Judges who rule on applications for the orders warned of a ‘political correctness agenda’ hampering efforts to help.
Schools were accused of failing to alert pupils to the issue, for fear of offending parents.
Children as young as nine have been taken overseas by their parents and forced to marry complete strangers.
Around 70% of cases are from families originally from Pakistan and 10% of Bangladeshi origin.
At least 1300 Britons have been involved in forced marriages in the last four years. As well as very young children, cases have involved adults with mental health problems.
Last month a Muslim father who threatened to kill his wife for blocking a forced marriage in Pakistan for their daughter became the first person to be prosecuted for breach of an order.
Aurang Zeb, 43, from Blackburn, was sentenced to 200 hours community service, and placed under a community supervision order.
The Ministry of Justice study, published last week, looked at the use of Forced Marriage Protection Orders (FMPO) since they were introduced twelve months ago.
A form of court injunction, they allow courts to confiscate the passports of potential victims.
Read more: