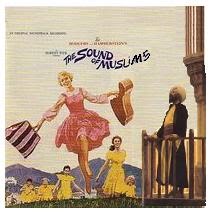 The Tundra Tabloids’ dear friend and colleague, Elisabeth Sabaditsch-Wolff, has been badly maligned by a Austrian journalist working for a paper in search of hidden “racism”. Elisabeth had been giving some seminars that would never have raised an eyebrow in the US, but because it’s Europe, she has been at the center of a slow brewing controversy.
The paper “News” wants to make a name for itself, so its journalist registers for a private seminar that Elisabeth is holding, that deals with the troublesome aspects of political Islam. All if it is factually sound, with ample proof made available based on Islamic sourced material. This interview is an attempt to get her story into the public record. Kudos to Elisabeth, a good friend, colleague and defender of western civilization, liberal democracy and human rights for all. KGS

Interview with Elisabeth Sabaditsch-Wolff: “I Am Against Dialogue”