Skip to content
Home
/
2009
/
December
/
2
/
Blogosphere
/
EGYPTIAN BLOGGER COMPLAINS OF EGYPTIAN STATE’S INFRINGEMENT ON FREE SPEECH BUT APPROVES OF FINLAND CRACKING DOWN ON FREE SPEECH MARTYR JUSSI HALLA-AHO…….
Facebook
Twitter
Google+
LinkedIn
Pinterest
THIS EGYPTIAN CLOWN IS NOT
TO BE SYMPATHIZED WITH 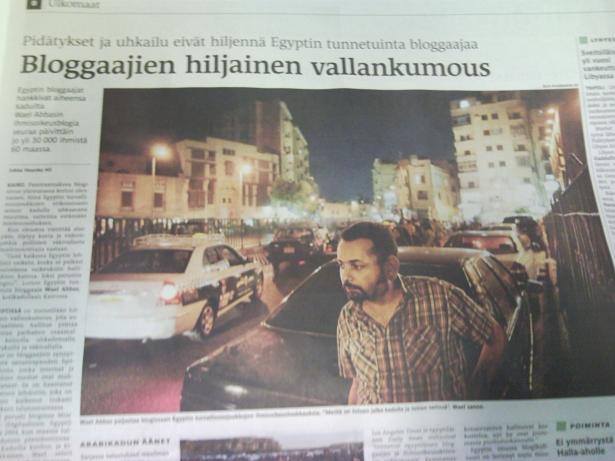 Wael Abbas:
I am for free speech
as long as Islam is not the target 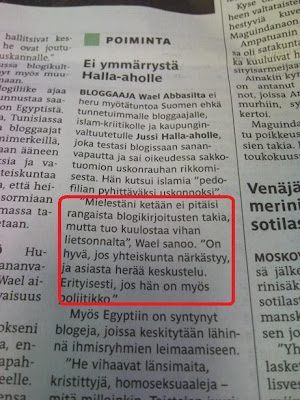 Hey Wael, the next time the Tundra Tabloids hears of your being arrested by the Egyptian state for doing whatever they deem as an “insult to the state or to Islam”, don’t count on the TT to rush towards your defense, because your a fake, a coward and part of the problem.
You are not one of those the rest of us can count on in time of trouble, no you’ll lead the charge to cheer the take down of a fellow blogger if you don’t agree with him or her, all the while you cry victim in your backwards state. So you see Wael, I’m holding you to the very same standards that I hold myself and the rest of blogosphere, which means no turning a blind eye to your outrageous double standards.
There will be no cheering over your being hauled in to the local police station and locked up for “incitement” by the Egyptian state, something that the TT wishes never to happen, but neither will there be any mention of it on these pages. You just sunk yourself.
Wael Abbas: “In my opinion, no one should be punished for what’s written in a blog, but, that sounds like incitement” It’s good when society gets agitated and the issue creates a debate, especially if he’s also a politician.”
NOTE: Jussi Halla-aho was wrongfully convicted for violating the “sanctity of religion”, in which the truth was no defense, which makes the state’s case against him an outrage and buffoonish. For more about Jussi Halla-aho click here

NOTE: It should be noted that the Finnish journalist, Jukka Huusko, was as clueless about the Jussi Halla-aho issue as the Egyptian blogger, which should tell you the state of affairs at that paper. There is no online version of the article published in today’s bird cage paper edition of the Helsingin Sanomat 02.11.09