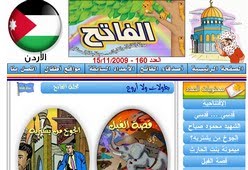 Hamas is evil, it is the full naked face of Islam in all of its gore. The Muslim Brotherhood branch in Gaza speaks of its beliefs in a honest, refreshing sort of way, cutting through the thin veneer of Islam being a religion of peace, to reveal what their ideology is all about. It’s the subjugation of the non-believer, the Jews first, who happen to be in their immediate vicinity, then the Christians and others elsewhere.
The J’lem Post article mentions, Gert Weisskirchen, the former chairman of the OSCE on combating anti-Semitism between 2004-2008, with whom the Tundra Tabloids met and discussed Islamic anti-Semitism, as well as Left-wing anti-Semitism here in Finland. A really nice man who hails from the Left, but nonetheless, understood that anti-Semitism (under the guise of criticism of Israeli policies) is on the rise in Leftist political circles and that it needs to be addressed.
The rise of anti-Semitism in Europe stemming from the increase in immigrants from the Muslim Middle East was also an issue not lost on Weisskirchen, and that that phenomenon needs to be recognized, observed and dealt with as well. So it was a fruitfull discussion the TT had with the then chariman of the OSCE representative while he was visiting the Finnish Ministry of Foreign Affairs a few years ago. He was very much interested in the report the TT filed with him, perhaps it had some degree of influence on him. KGS

The educational content of the Hamas children’s Web site Al-Fateh (The Conqueror) is not a form of pedagogy, but an “indoctrination to suicide bombing,” said David Oman, the director of communications for the Institute for Monitoring Peace and Cultural Tolerance in School Education (IMPACT-SE) on Tuesday at a press conference at the Regent Hotel.
Gert Weisskirchen, a former Social Democratic Party MP and chairman of the OSCE on combating anti-Semitism between 2004-2008, introduced the IMPACT-SE study, and said that “there is a chance to prevent the indoctrination of children and youngsters in Germany and all over Europe.”
The study “Al-Fateh – The Hamas Web Magazine for Children: Indoctrination to Jihad, Annihilation and Self-Destruction” took place from September 2002 to April of this year.
Oman cited the “friends of Al-Fateh” entry of the young German-Palestinian child Muhammad Warad as growing evidence of the spread of radical, anti-Western Hamas ideology.
The Hamas Web site, according to the IMPACT-SE study, serves to demonize Israel through the use of anti-Semitic cartoons and tries to strip the country of its right to exist.
The promotion of violence is a standard theme of Al-Fateh. A telling example, said Oman, is the glorification of female suicide bomber Zeynab Abu Salam, who murdered two Jerusalem police officers in 2004.
More here.