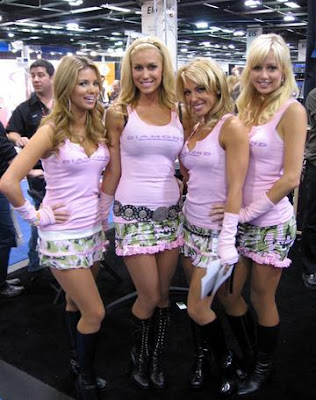 We’re blond and proud of it!
It’s got to be about raaaaaaaacism, right? An asian anchorwoman, Lisa Aziz, is let go from her position due to cheating on her expense account, but the woman has the audacity to file charges of racism “waycism” against ITV. Oh but that’s not all, to validate her claims of discrimination, she claims that a black co-worker was, shock, “mimicked” by someone at the station! Horrors!
You see how political correctness is used as a sledge hammer against people and institutions, in order to get them to conform to a certain homogenized way of thinking? I’m sure that after the dust settles, there’ll be a demand for “sensitivity training” for the entire staff at ITV. Cultural marxism in the raw. KGS
ITV newsreader sues for £5m over mimicking of Sir Trevor McDonald
An ITV newsreader is launching a legal action against the broadcaster for up to £5million over claims she was the victim of racist discrimination.
Lisa Aziz, who was the first Asian presenter of a national terrestrial news programme, is taking ITV to an employment tribunal after making a series of allegations against colleagues.
She is understood to have claimed that one colleague mimicked former News At Ten anchor Sir Trevor McDonald. But ITV says it has investigated the 47-year-old presenter’s claims and says they are ‘baseless’.
Ms Aziz was suspended from her position on the news programme West Country Tonight in July after she was accused of fiddling her expenses.
It is alleged that she is to face accusations of gross misconduct after making seven wrongful claims – including a £5.75 bill for dry cleaning a child’s top.
But Ms Aziz is reported to have claimed within legal papers drawn up for her employment tribunal that she was ‘set up’ by senior ITV managers to remove her from her £160,000-a-year job.
The tribunal, scheduled for next March, will examine claims of race, sex and age discrimination. In a recent interview, Ms Aziz claimed she had been ‘targeted for removal’, saying: ‘I have been replaced by four blondes in their twenties and thirties.’
Read more.