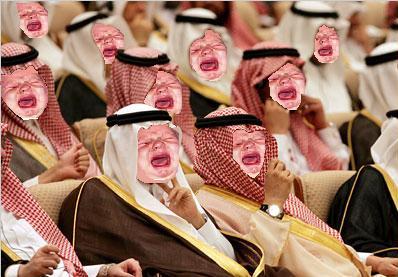 Let’s get this straight. The Muslims wanting to file a lawsuit against Daniela Santanchè claim to be speaking for all of the Muslims in the world, and that their being “offended” trumps everything else, namely the right to criticize any ideology or religious figure. Funny how that works isn’t it? Islam can offend, and does so on a regular basis, hundreds of millions of people world wide, using some of the worst language and mentally retarded logic available. But when people stand up to speak the truth about Islam and its founder, the madman prophet Mohamed, they’ll scream bloody murder. KGS

Italy: scandal after remarks on Islam

Reaction of the Muslim community
Muslim communities in Italy and several Islamic organizations want to complain against Daniela Santanchè to “stop the vulgarities uttered against the prophet of Islam. “
This was stated by Elzire Izidin, spokesman of UCOII, the Union of Islamic Ummah and Organizations in Italy, in an interview on CBC CnrMedia: “We must see if there is a possibility to sue because it is actually an incitement to hatred and this is unacceptable. We are currently exploring how we will proceed. It is unfortunate that during a live television debate we reach a level as low culturally and morally. These statements are an insult to more than one billion and half Muslims around the world and and a half million Muslims living in our country. ”
Ahmad Vincenzo, president of the Association of Muslim Intellectuals Italians, for his part said: “These charges yesterday against the Prophet Mohammed are unacceptable and are seeking to provoke similar reactions but in the opposite direction from the Muslims. So now that the Muslim community has to take a stand in defense of the crucifix must personalities like Daniela Santanchè seek to cause uncontrollable reactions in the hope that someone comes to insult Jesus or Moses. For us all of the prophets are sacred and all must be respected, and this applies to all religious symbols of all religions. “The moderate Muslim also invites” representatives of other faiths to distance themselves from the accusations against Islam. “
Now once more: Daniela Santanchè