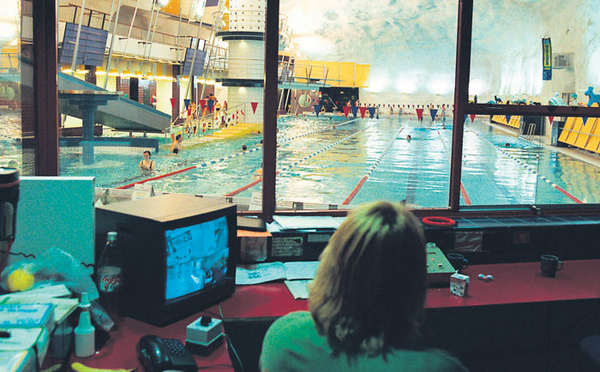 On the lookout for hairy men
standing still for too long
Helskini’s east side is the mecca for immigrant/refugees coming to Finland. But what’s news worthy is that the Finnish newspaper actually dared to state that all the incidents of men caught masturbating in the hall, were foreigners. Vartti.fi had the professionalism to dump poltical correctness and report a situation involving foreigners as it actually happened. Kudos.
Does reporting the truth mean that the paper is implying that all foreigners are engaging in this kind of depravity? No. They were just reporting the facts as they should have, and let the police department figure out the rest. Covering the key elements to a story like the Helsingin Sanomat refuse to do, is not the professional way to cover the news. Let the facts speak for themselves. KGS
H/T Kumitonttu!
Vartti: There has been an embarrassing problem discovered at the Helsinki East Side swimming hall. About a month ago in the children’s pool, the management caught a man masturbating. Both the monitor and a swimmer discovered the situation. The police came to take the man into custody.
– This needs to be stopped. Soon I’ll no longer care to go there anymore, worried a family man who lives in east Helsinki.
According to the manager of the facility, Teemu Raatikainen, what’s in question is the fifth similar incident this year in which a request has been made to the police for an investigation. In all cases, it has been a man from a foreign background. Raatikainen believes that the increase in cases may be linked to the fact that the volume of customers are growing due to the recession.
– There is about 1 500 customers per day. Previously, such situations was perhaps once a year, if even that. When a similar situation happens in the future we can prevent them from entering the swimming pool, and will always notify the police.
After getting caught the men have no longer tried to get into the swimming pool, except one. He was refused time and again access to the premises by the management.
According to Raatikainen, the life guards are schooled to detect vague actions taking place in the swim hall. Suspicion arises, if the person has been standing in place for a long time or focuses on things other than swimming, such as public staring.
To help monitior the East Side swimming hall there are 16 surveillance cameras that have been installed in the parking lot, pools, the fitness center and in the lobby.
– We film all persons coming into the hall. The filming has been useful, because we have solved a number of cases through them, says Raatikainen.
There are no cameras in the swimming halls’ dressing rooms, shower rooms or saunas.