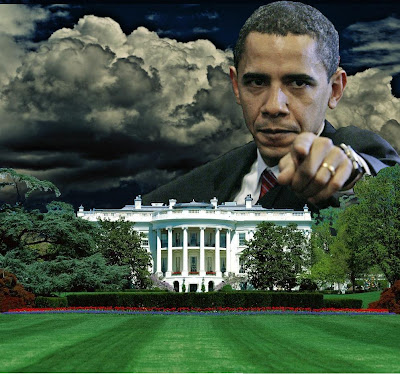 OBOWER-IN-CHIEF:
BILL, TRY TO FIX THE MESS
THAT YOUR WIFE AND I CREATED!
It’s a mess alright, and something that could have been predicted from the very moment Obama placed preconditions upon Israel, in his call for the resuming of the “peace talks” once he came into office. Making the settlements in Judea and Samaria the key, central issue in order for the talks to begin, was a bone headed mistake by this novice anti-Israel president.
The other bone headed mistake was to believe that the Arabs are anywhere near coming to terms of wanting to live in peace with the Jewish state of Israel. Remember, if not for the Arabs’ religiously motivated and openly anti-semitic conflict with Israel, there would be already, two states living side by side in peace and security.
While the politicians desire to cling to the myth of the two state solution solving the “ME conflict” (as if there are no other conflicts in the ME), the Tundra Tabloids does not. The two state solution is actually a mirage, the imaginery vision that vanishes from sight upon closer inspection. The Arabs could care less for an actual state of their own, seeing that they’ve been offered one on a number of occasions, but opted for mindless barbarity in the form wars and terrorism.
So now the pinch hitter is back in town to spread his already failed recipe for disaster (Oslo II anyone?), “If you want to be a democracy and a Jewish state you have to cut a deal,” Sorry but that nonsense doesn’t wash. No one can force a state to accept a launching pad (a Pali state) for future aggression against itself, that’s insane.
‘US policy on settlements has changed’
Former US president Bill Clinton urged the Palestinians on Sunday to accept America’s modification of its anti-settlement policy and return to the bargaining table.
“Take where we are and the reformulation of the settlement issue and find a way [to move forward],” Clinton told a Jerusalem gathering of high level American and Israeli policy makers at the Saban Forum in Jerusalem.
The Palestinians, he warned, were more likely to get a good deal through negotiations. By refusing to talk with Israel, he said, they risked irking the international community, which might then blame them for the stalled peace process.
His words were consistent with the policy of US President Barack Obama’s administration, which has backed Israel’s call to the Palestinians to open an immediate dialogue without preconditions.