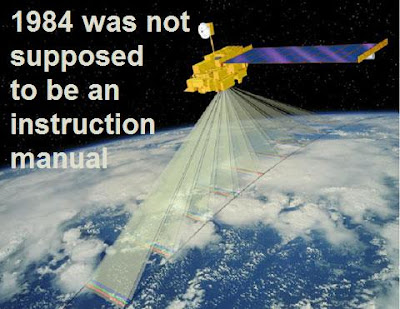 Tracking your every move
Thanks to the eco-fascists in the Greens movement and to the other socialist parties in the Netherlands, Dutch society will be changed even that much more than it already has by Islamic colonization, when it begins its new “big brother” program to limit carbon emmissions from its transportation grid. The Dutch government is heading down the road to a full totalitarian state with all the trimmings, and the eco-fascists and other socialists are cheering the move while leading the charge. KGS

Dutch drivers to pay tax on road time, not on car

AMSTERDAM (al-AP) – Dutch drivers will pay less to buy a car but will be charged tax on every mile on the road, a system the government says will reduce traffic jams, fatal accidents and carbon emissions.
The Cabinet approved a bill Friday calling for drivers of an average passenger car to pay a base rate of euro0.03 per 1 kilometer (7 US cents per mile), beginning in 2012. Drivers of heavier, more polluting vehicles will pay more, and the cost will go up for driving in peak hours.
GPS will track the time, hour and place each car moves and send the data to a billing agency.
But the annual road tax and purchase tax for new cars will be abolished, reducing the price of a new car 25 percent, the Transport Ministry said.
Nearly 6 out of 10 drivers will benefit under the system, the ministry said, but government revenue would remain the same. Public transportation, including taxis, will be exempt.
The ministry calculated that overall traffic will drop about 15 percent, peak-hour congestion will be halved, traffic deaths will fall 7 percent and carbon emissions from road travel will be cut by 10 percent.
The tax will increase every year until 2018 and could be adjusted if it fails to change traffic patterns.