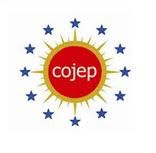 “We should listen and try to understand.”
The Tundra Tabloids has recently posted on The Counterjihad being represented by the International Civil Liberties Alliance in association with Pax Europa, Mission Europa, at the OSCE’s “Human Dimension Implementation meeting in Vienna. The Turkish contingent from the organization, Cojep, has made public a press release whining about the International Civil Liberties Alliance supposed “hate speech”, for introducing it’s three page paper (pdf) at the OSCE’s Human Dimension meeting in July.
The Cojep cites the following to prove their false statement that the ICLA is demonizing Muslims. Read closely to what they deem as troublesome aspects to the ICLA’s paper. It says much more about the Cojep’s real concerns than of the ICLA they are accusing.

“To make the matters worst, the long statement asks OSCE to intervene.“

The shock and horror of it all. These people are not worried about real human rights and coexistence with other peoples within Europe, they are more interested in protecting their own value system at the expense of all the others who dare not share their beliefs. They are promoting Islamist values that they hope will one day trump all others, and the only way to do that, is for the silencing of credible debate and criticism of the more problematic Islamic cultural mores. This is the exact same thinking of the Turkish leaders of both Turkey and the OIC.
What makes the situation all the more amusing, is that the Cojep’s own mission statement contains the following “We should listen and try to understand“. With their knee-jerk reaction of slinging terms like “hate speech and racism”, they reveal their real agenda.

The Baron from Gates of Vienna had this to say about the recent gathering of the OSCE in Vienna: Before the day was over, those four organizations had been accused of “hate speech” by certain of the other delegates for their presentations and recommendations. But first things first. Here’s the official intervention and recommendation by Elisabeth Sabaditsch-Wolff of Pax Europa:

“Gender Equality and The Threat From Religious Law”

“One issue that has been left out until now, it seems to me, is violence against women that is backed by principles of the Muslim faith. I do not have to tell you about the honor killings in Germany, Denmark, and the United Kingdom, among other countries; as well as forced marriages, in addition to the Koranic verse 4:34, which says — and I quote -:

You have rights over your wives and they have rights over you. You have the right that they should not defile your bed and that they should not behave with open unseemliness. If they do, God allows you to put them in separate rooms and to beat them but not with severity. If they refrain from these things, they have the right to their food and clothing with kindness. Lay injunctions on women kindly, for they are prisoners with you having no control of their own persons. (Guillaume’s translation, p. 651) (Ibn Ishaq)

Why are we not discussing this issue here and at other occasions in a depth that does justice to this problem?I therefore recommend that ODIHR urgently start a working group on violence against women in Islam in order to find out how to best approach this in the context of the OSCE human dimension.” 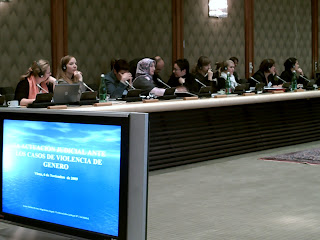 These observations by the pro-human rights groups of the ICLA, Pax Europa and Mission Europa, that received the most attention by the Muslim representatives from the various groups participating in the OSCE conference. Their reactions and responses to these observations need to be considered in the light of all of what has been going on between major Islamic organizations such as, the OIC and the Arab League, vis-a-vis European institutions and the United Nations.
The agenda of these major international Islamic organizations like the OIC and the Arab League, is for the protection of exclusive “Islamic rights” under the guise of support for “co-existence, peace and stability”, but it only goes one way. For Islam. What happened in the OSCE’s Human Dimension Implementation meetings, was nothing more than the OIC and the Arab League trying to stifle any justified criticism by Europeans of actual human rights abuses which are considered a cultural norm within existing Islamic communities throughout the world. That is now becoming amazingly clear to all. KGS

The Baron has more here.