Skip to content
Home
/
2009
/
November
/
4
/
Egypt
/
EGYPTIAN CLERIC: GOD DOES NOT LET PEOPLE BE FRIENDLY WITH THE JEWS…….
Facebook
Twitter
Google+
LinkedIn
Pinterest
WHAT DOES THE FINNISH PROFESSOR
OF ISLAMIC POETRY HAVE TO SAY ABOUT THIS? 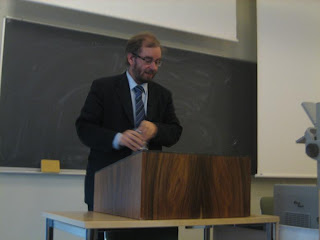 Jaakko Hämeen-Anttila:
“Videos depicting Muslim clerics
speaking anti-Semitic things are propaganda”
That’s what the Helsinki University professor told the Tundra Tabloids this past Monday, when the TT brought up the inconvenient truth about Islamic anti-Semitism. Hey, the OIC’s secretary general, Ekmeleddin Ihsanoglu stated that there’s no such thing as Muslim anti-Semitism, “No Muslim good or bad can be anti-Semitic, this is a myth, it is not the case.”  What a bunch of asshats. KGS
H/T:  Vlad Tepes
Vlad: “In this Egyptian TV anti semitic rant, it is important to note that he tips his hand. It is not about religion at all, but race and the inherent superiority of the Arab over the Jewish person as a racial construct. This should not escape our attention. This puts to bed even the flimsy notion that Islam treats all Muslims equally and non Muslims as equal Kuffar. Clearly, Islam is a motivating force behind Arab supremacy and converting to it merely makes you the last to be killed.