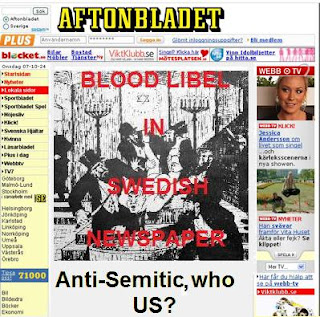 Donald Boström can’t get enough of Israel
This anti-Semite has the nerve to show his face at the Ben Gurion airport, but for Boström it’s a always a win win scenario, he can write blood libels against the Jewish state and become a celebrity with his fellow leftist travellers, and if he’s confronted by angry Jews, well, he is a photographer isn’t he? KGS 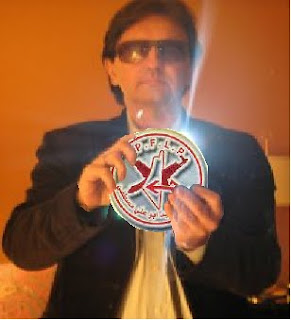 (IsraelNN.com) Swedish journalist Donald Bostrom, who gained infamy in August for claiming that IDF soldiers harvested organs from Arab rioters, landed in Israel on Sunday for the Dimona Conference. Bostrom was greeted at the airport with boos and jeers by dozens of activists from the Beitar youth group.
A second Zionist group, Im Tirzu, had attempted to block Bostrom’s entrance to Israel altogether. The group filed an appeal to Interior Minister Eli Yishai, accusing Bostrom of “a modern blood libel that recalls the same form of anti-Semitism in Europe in the Middle Ages.”
Despite the appeal, Bostrom was allowed into Israel to attend the Dimona gathering. However, Minister of the Development of the Negev and the Galilee Silvan Shalom announced that while Bostrom would be allowed to participate in the event, the government would end its participation in the conference.
“I will not attend an event in which a participant slandered IDF soldiers and attempted to harm Israel’s image,” Minister Shalom said. Shalom’s ministry had committed to participate in funding the conference, but as part of his decision to withdraw, funding was cut off.