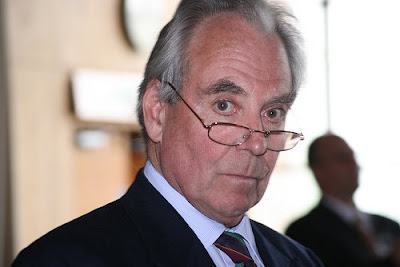 The right man to steer a steady course
The BNP are socialists, so it’s only to be expected that their political history would include Holocaust denial and racist politics, that part of the socialist baggage, Fascism and racist politics, go hand in hand with Marxist socialism. Adolf Hitler was borrowing heavily from Marx and other intellectuals who helped to shape communist poltical theory.
So after the BNP burst onto the front and center stage, claiming to be the only party serious about immigration, there now arises another, the UKIP, which will in short time, make hash of the BNP and become the party to set the tone on how the debate over immigration and Islamization will be framed. It’s about time. KGS

H/T: El Inglés of the ICLA

Columnist Patrick O’Flynn of the Daily Express, has penned a considered analysis of the furore surrounding the BNP, discounting the party as serious political player and nominating UKIP as the main anti-immigration force.
Under the headline ‘UKIP and not the BNP will become the main anti-mmigration party’ he wrote on Sautrday:
As the dust settle over the BBC stiudios in West London, ther are two key things to be taken from Question Time.
First, there is a massive gap in the market for a non-racist party that is against further mass immigration and ready to resist Islamo-facism. Second, Nick Griffin’s BNP is not it.
Griffin’s monstrous ideological baggage – his fraternising with the Ku Klux Klan, his Holocaust denial, his other odious past uttterances – was exposed in front of a huge TV audience. He proved unable to discard any of it and thus the appeal of him and his party will remain extremely limited in a country whose finest hour came with the defeat of Nazi Germany. but when the discussion moved on to Labour’s lax and deceitful immigration policy, it was clear the political elite was in trouble.
Jack straw waffled to no avail while Lib-Dem Chris Huhne postured as a migration sceptic rather than state his party’s real belief in open borders. For the tories Baroness Warsi did better, acknowledging that Labour’s lying about the scale of the influx and refusal to limit it was having a drastic effect on people’s lives and proposing a cap on numbers.
But the Tories will not say what the cap should be or how it would be enforced given taht Britain has singed international agreements that limit its control over its borders and that would not be torn up by David Cameron. Anyone from the EU can come and liver here, anyone can claim asylum and remina for years while their case is considered. And the Conservatives, remember, are pressing for 72 million Muslim Turks to be admitted into the EU and thus gain an incontrovertible right to settle in Britain.
So who can fill the gap? The obvious candidate is UKIP. In the past it has been seen as a single issue, anti-European pressure group. But its likely new leader Lord Pearson is keen to broaden its agenda to highlight public concern over immigration and Islamism.
In the past its members have been smeared as “fruitcakes and closet racists”. But it has never been a racist party and has always had a substantial ethnic minority membership. All the “mainstream” parties have stated that the BNP is uniquely abhorrent because of the racial bias of its outlook. If any try to smear UKIP in future it will rebound on them.