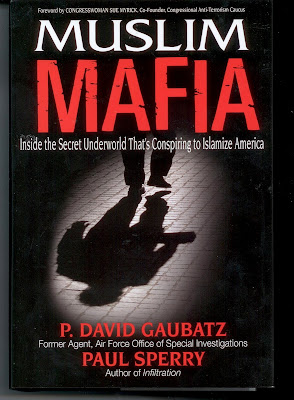 David Gaubatz, a former special investigations officer, and federal agent deployed to Iraq, went undercover to investigate and help gather information on CAIR, the Council on American-Islamic Relations, which was named as a co-conspirator in the Holy Land trial in Texas.
Gaubatz was recently interviewed by Pamela Geller at Atlas Shrugs, as well as appearing in an interview in today’s edition of Front Page Magazine. Over at David Gaubatz’s blog, DG Counter-terrorism Publishing, Gaubatz has an interesting post on the assessment of potential recruitment of three US Senators by CAIR. Gaubatz obtained the document while working undercover  within the CAIR organization. David Gaubatz reminds the readers that:

[Readers should note I worked counter-intelligence for 15 plus years as a Federal Agent. This is the first step in the recruitment process. Dave G..]

Senator Joseph Lieberman
I believe that he made up his mind before he came to the hearing and was happy to hear criticism on Muslim organizations from Ms. Basam.
Senator Sue Collins
Struck by comments from Ms. Basam but is definitely more open than Senator Lieberman. I think it would be good to try to establish some type of relationship with her.
Senator George Vinovich
He was very surprised by Ms. Basam’s comments and was ready to defend CAIR. I think we should definitely work with him in the future. He seems very interested in educating himself more about the issue at hand and would be a great ally to have, especially on the Republican side.