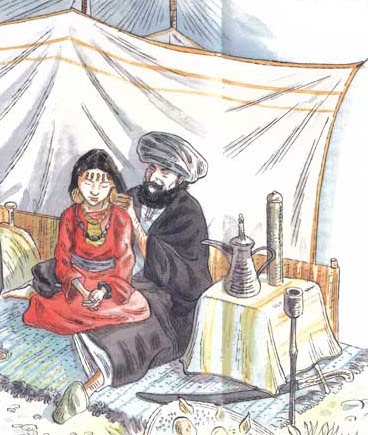 This is as debased as it gets, profiteering off the lives of children. These people should never be allowed to see the light of day for the rest of their lives. But while it’s seen as a crime in the West, the Arabs abroad need only to “marry” them for the duration of the rape. KGS

Parents sell virgins aged 12 for sex
BRITISH virgin girls as young as 12 are being sold to mega-rich Arabs for sex at up to £50,000 a time.
Parents force the schoolgirls into prostitution and then sell them to millionaire paedophiles. Vice Squad cops nicked three women and a man from Manchester after secretly filming them offering to pimp six girls aged between 14 and 23 at a five-star West London hotel. They also taped the gang bragging how they were prepared to peddle even younger, prepubescent girls.
The gang – described as being “like something out of TV’s Shameless” with most unemployed or on benefits also had links to Newcastle and Liverpool. A senior insider said: “This is about as sick as it gets. “These are among the youngest girls we’ve found being offered for sex. “This gang was extremely greedy – it was all about the money. Sex with a virgin aged 12 or under cost anything up to £50,000.  “Our inquiries continue and we expect more arrests.”
Sex trafficking of children born here is extremely rare. Detectives normally see foreign kids from Eastern Europe, the Far East and Africa bought here to work as sex slaves. An NSPCC spokesperson said: “Unscrupulous traffickers are controlling and terrorising vulnerable children within the UK, forcing some into the sex industry and abusing and exploiting many others.
“When the police and other agencies find these children, they need to provide immediate protection and support to help them overcome their ordeal. “We urge anyone who fears a child is being exploited to call the police, children’s services or the NSPCC.”
Meanwhile, the Yard’s Clubs and Vice Unit, known as CO14, is expected to take full responsibility for targeting the multi-million pound sex trafficking trade in London. As well as stopping foreign sex slaves being smuggled into the UK, they will investigate home-grown prostitution rings.
There is likely to be an explosion in sex trafficking in the run-up to the 2012 Olympics. Last week, several leading charities wrote to Met Commissioner Sir Paul Stephenson urging him not merge the force’s stand-alone Human Trafficking Team into the Vice Squad when Home Office funding ends shortly. But Clubs and Vice are considered more than capable of taking on the big trafficking jobs.