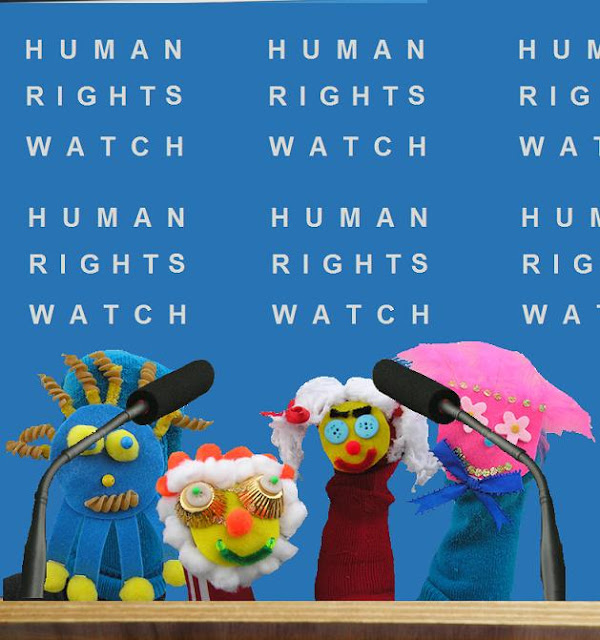 The Tundra Tabloids has been saying this for years. Bernstein himself knows that they know better, but yet they (HRW) refuse to act differently.  It’s nice that the founder has finally stepped up to state the obvious and demand change. KGS
HRW founder slams criticism of Israel
The Human Rights Watch founder has criticized the organization for “helping those who wish to turn Israel into a pariah state.”
In a New York Times opinion piece, Robert L. Bernstein, who served as Human Rights Watch chairman from 1978 to 1998 and is now its founding chairman emeritus, wrote that with increasing frequency, the watchdog casts aside its important distinction between open and closed societies.
“Nowhere is this more evident than in its work in the Middle East,” he said. “The region is populated by authoritarian regimes with appalling human rights records. Yet in recent years Human Rights Watch has written far more condemnations of Israel for violations of international law than of any other country in the region.”
He said Israel was home to at least 80 human rights organizations, a vibrant free press, a democratically elected government, a judiciary that frequently rules against the government, a politically active academia, multiple political parties and probably more journalists per capita than any other country in the world.
On the other hand, he said, the Iranian regime, and most Arab regimes, remained “brutal, closed and autocratic, permitting little or no internal dissent.
He said Human Rights Watch’s Middle East division could be greatly beneficial to citizens of those countries, but they were instead being ignored as “report after report on Israel” was compiled. “
He said the group had “lost critical perspective on a conflict in which Israel has been repeatedly attacked by Hamas and Hizbullah, organizations that go after Israeli citizens and use their own people as human shields.”
Bernstein stressed that those terror groups were backed by Iran, which has called for the annihilation of Israel and the Jews, and said such incitement to genocide was a violation of the Convention on the Prevention and Punishment of the Crime of Genocide.
“Leaders of Human Rights Watch know that Hamas and Hizbullah chose to wage war from densely populated areas, deliberately transforming neighborhoods into battlefields,” he wrote. “They know that more and better arms are flowing into both Gaza and Lebanon and are poised to strike again. And they know that this militancy continues to deprive Palestinians of any chance for the peaceful and productive life they deserve. Yet Israel, the repeated victim of aggression, faces the brunt of Human Rights Watch’s criticism.”
Published days after the Human Rights Council endorsed the Goldstone Commission report that accused Israel of committing war crimes and possible crimes against humanity during last winter’s Operation Cast Lead in Gaza, the opinion piece notably points out that there was a difference between wrongs committed in self-defense and those carried out intentionally.